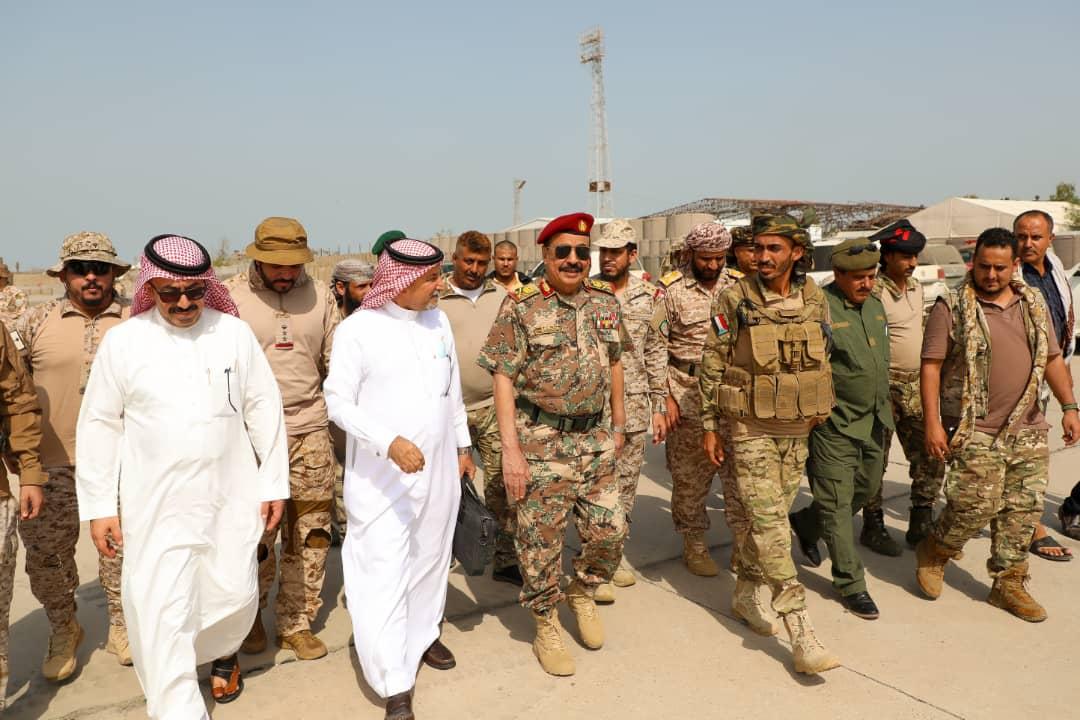 Aden (Debriefer) - A Saudi military committee on Thursday arrived in the Yemeni interim capital Aden to oversee arrangements for applying the military and security section of the Riyadh Agreement and its accelerating mechanism declared on 29 July.
Chaired by Gen Mohamed al-Rabeie, the panel was received by head of the Southern Transitional Council's (STC's) national association, Ahmed Saeed Bin Boraik, and commander of the 4th military region, Gen Fadhl Hassan.
The committee will visit the southern governorate of Abyan to see military forces positioned there, particularly in Sheikh Salem and Shoqra frontlines, an official at the Arab coalition troops in Aden told Debriefer.
"The Saudi team is expected to develop a broad plan for kicking off the application" of the Riyadh deal and its mechanism, he added.
Under the accelerating mechanism's military section, forces of the official government and Emirati-backed STC would mutually withdraw to pave way for the formation of a new government.
The Saudi committee's arrival comes as Abyan has seen for three days a military escalation between government and STC forces.
One of the gravest obstacles facing the pact's application is the military and security section providing for armed forces be pulled out of main cities and STC's units be integrated into official defense and interior ministries.