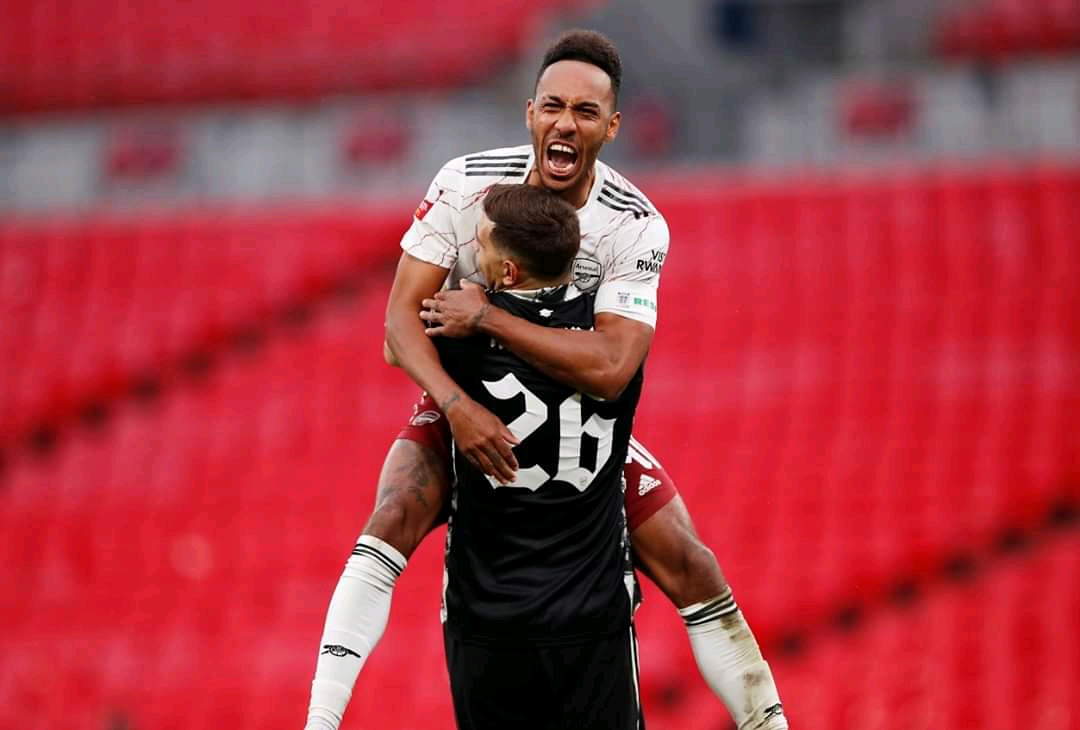 Just 28 days after Pierre-Emerick Aubameyang struck twice to sink Chelsea 2-1 at Wembley, the Gunners triumphed in the new season's curtain-raiser in north London.

Mikel Arteta's side were forced to do it the hard way, with Takumi Minamino's first Liverpool goal having cancelled out Pierre-Emerick Aubameyang's 12th-minute opener.
However, Rhian Brewster – who has enjoyed a fine pre-season for Liverpool – missed his spot-kick, setting the stage for Aubameyang to wrap up another Wembley triumph for the Gunners.

— OptaJoe (@OptaJoe) August 29, 2020
Virgil van Dijk – sporting a cut to his forehead sustained in the pre-season clash with Salzburg last time out – had the ball in the net after seven minutes, but the flag was up for offside.

James Milner should have done better with a close-range header soon after, and Liverpool were quickly made to pay.

Having beaten Liverpool's press, Arsenal progressed down the right before Bukayo Saka picked out Aubameyang with a superb crossfield pass.

It left Neco Williams isolated up against Aubameyang, who stepped inside and curled a sublime 20-yard finish beyond Alisson.
Roberto Firmino sent a wicked strike just wide following the restart, with Emiliano Martinez then rushing off his line to deny Sadio Mane.

Naby Keita and Minamino were introduced as Liverpool looked to take the initiative, and the changes soon paid off.
After attempting to play a tight one-two with Mohamed Salah, Minamino was on hand to slot in after the rebound fell his way – VAR allowing the goal to stand after a check for handball.

Martinez made another superb stop from Mane moments later, while Joe Willock went close with a header at the other end as penalties were required.

Yet it was Arsenal who triumphed – Brewster, brought on to take a spot-kick, hitting the crossbar with his effort, with Aubameyang coolly sending Alisson the wrong way to condemn Liverpool to defeat.