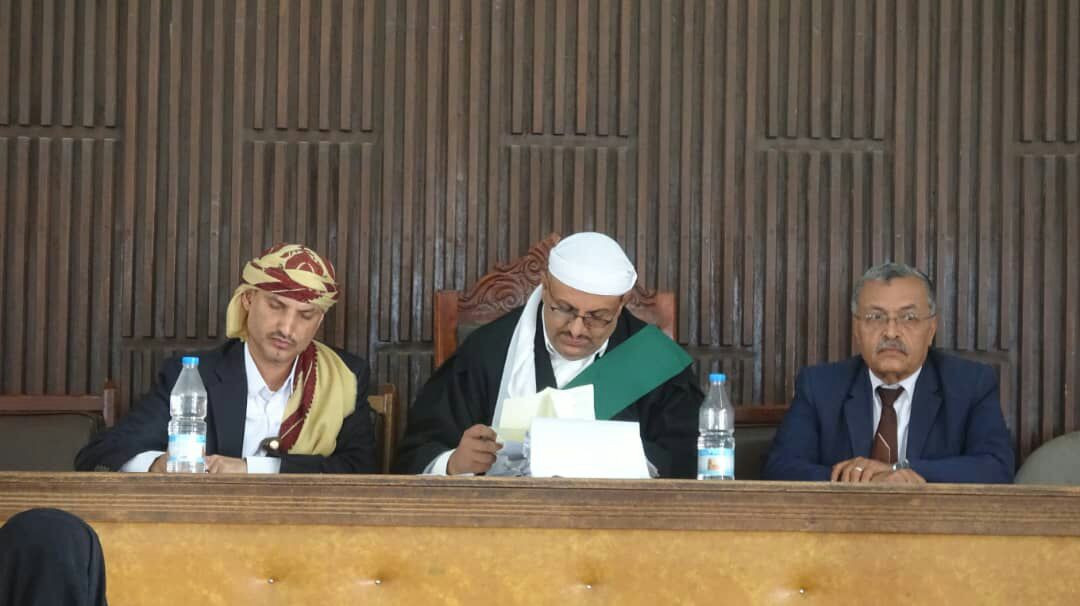 Sana'a (Debriefer) - A court of first stance in the Yemeni capital started on Saturday trying eight people on the charge of killing Abdullah al-Aghbari.

According to the Sana'a City-based prosecution's indictment, five of the accused intentionally and directly killed Aghbari, two others misled the judiciary by knowingly changing the state of items connected to and used in the crime, and the eighth incited the delusion.

The prosecution presented evidences, confessions of the felons and the forensic report, and called for sentencing the first five felons to death, punishing the others according to its indictment's legal ascription and confiscating the items seized over the lawsuit.

The court ruled that the victim's relatives have the right to present their personal and civil claim, and that the prosecution needs to publicize on an official paper the names of the seventh and eighth offenders, who are still at large.

On 26 August, Abdullah al-Aghbari was killed, after being tortured, by a group of his workmates inside a mobile phone shop in Sana'a City.

Last week, the prosecution referred the murder case to justice for legal actions, after investigations into a crime that was filmed by the wrongdoers' secret camera.

The crime triggered wide public reactions, and prompted massive rallies in Sana'a and other Yemeni cities.