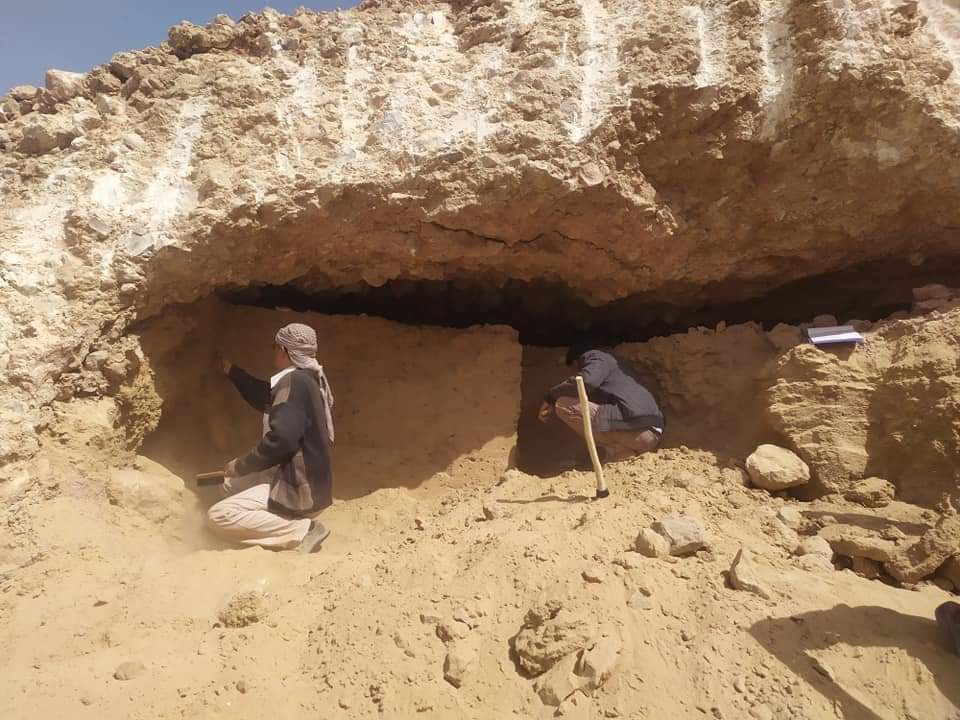 Hadhramout (Debriefer) - Pottery and stone possessions have been found in archeological graveyard that was discovered last week in Hadhramout and dates from 2,500 years ago, the Yemeni general authority for antiques in the eastern governorate said Saturday.
The authority's mission commenced few days ago digging operations to rescue the found tombs in al-Mashhad area in Dawan district, the Aden-based Saba quoted the authority's general director as saying.
"It's very early to identify the graves' nature," Riyadh BaKarmoom added, but "more bones along with some pottery and stone possessions were found, and thought to be funereal attachments."
Explorations continue to know more secrets of these archeological graves enclosed by areas of great historic heritage, like al-Hajrain and Raibon ancient cities, he said.
Last Sunday, Hadhramout antiques authority announced the discovery of the archeological cemetery during pavement of a mountainous road.
Separately, Ibb antiques authority said on Friday that a mummy was discovered in al-Seiani district in the central governorate.
Last August, an ancient settlement was found in vicinity of Sana'a City along with a cemetery including mummies that date back to the tenth century BC.