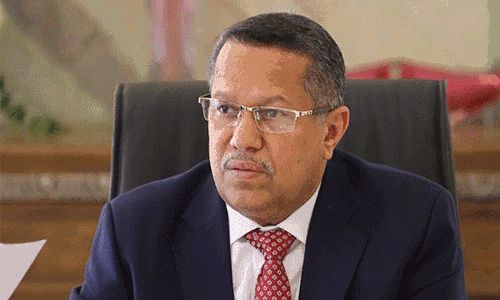 Riyadh (Debriefer) - The Houthis will "live lingering horror, won't enjoy the land they seized and won't rule," advisor to the Yemeni President tweeted on Wednesday, since the "Yemeni people won't put their souls in Houthi possession, even if some deceived people fought with them."
Commenting on Houthi rulings against Yemeni senior officials and commanders opposing the group, Ahmed Obaid Bin Daghr added: "Who will prosecute whom? You aren't only sentencing Yemeni pro-unity characters.., but you're issuing sentences against the country's unity and the nation's highest interest, and placing strong dams in the face of an end to war, reunion and national inclusive settlement."
Houthi deeds, words and use of judiciary damage Yemen and national identity, and pulls the country to the edge of abyss, he said, warning the group that they "are heading to impasse and bringing about your own death, but the great people will soon correct this course."
The Iranian-backed Houthi group continues trying and sentencing the Yemeni President, his deputy and advisors and other senior officials in absentia.