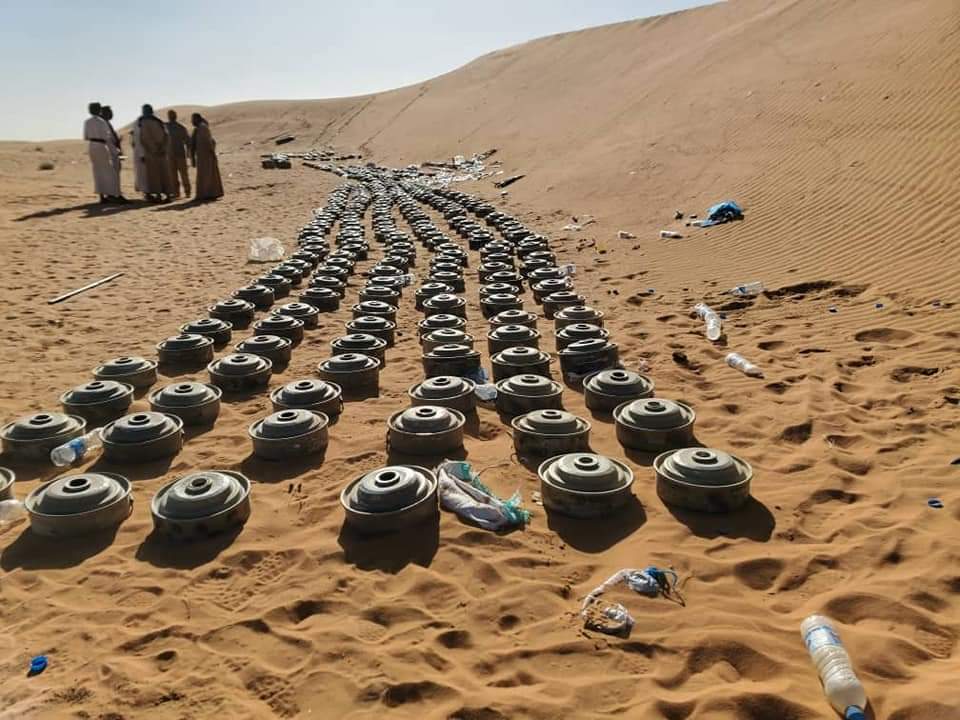 Jawf (Debriefer) The Houthi group lays infrared rays operated-mines and explosive devices that have left innocent civilians killed or injured, director of the Yemeni government-run National Demining Act (NDA) said Saturday.
The bombs explode once anybody passes in front of their lens, even children, Brigadier General Amin al-Aqili added at his visit to the Saudi MSAM's technical teams in the Yemeni governorate of Jawf.
While teams have removed many of them, mines and explosive devices pollute lands and leave humanitarian disaster that would remain for years, he said, since the Houthis have randomly laid, and still lying, large numbers of them.
The Yemeni official called on residents to keep away from mined areas and deserted roads, ant to take normally treaded ones.
Since its commencement in June 2018, MSAM has removed more than 203,000 mines from different Yemeni provinces, according to the Saudi project.
Mines have claimed thousands of civilian lives and maimed other tens of thousands in Yemen.