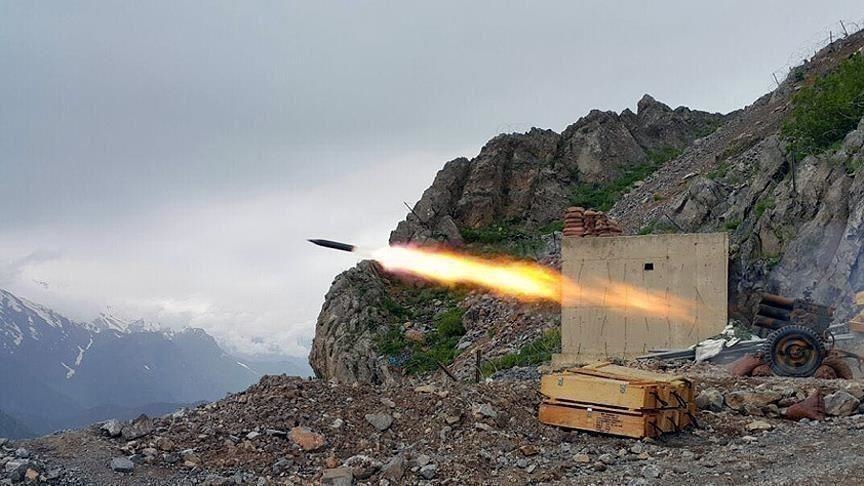 Shabwa (Debriefer) At least four Yemeni civilians were killed and other wounded on Wednesday, local sources said, in initial estimates, as a missile (thought to be fired by the Iranian-backed Houthi group) hit a gas station in the Yemeni southeastern governorate of Shabwa.
Eyen district in Shabwa witnessed a violent blast on Wednesday noon, the sources added, after the Houthi ballistic missile landed on al-Aqeeli gas station, northwest Shabwa.
Fahd Saleh al-Aqeeli, Ahmed al-Qubai'e al-Aqeeli, Mubarak Swaidan al-Aqeeli and a fourth unidentified civilian were killed in the missile attack, the sources said.
"Many casualties were taken to nearby hospitals for first aid and health care," according to the sources, noting that the attack left huge material damages.
Flames and smoke columns were seen from far distances as raising from the targeted place where a number of vehicles caught fire, eyewitnesses and local residents said.
This is the third ballistic missile the Houthi group fires at a gas station in Shabwa within two weeks, after the group was repelled from the oil-rich governorate.