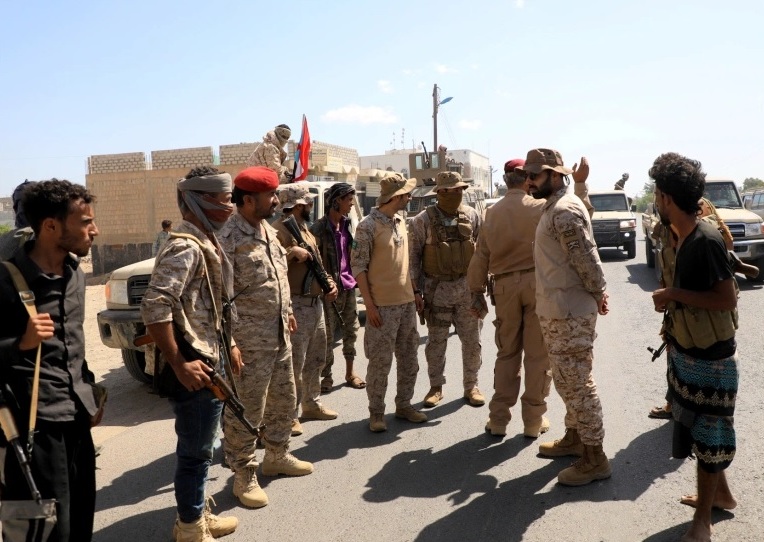 Abyan (Debriefer) - The Southern Transitional Council (STC) on Friday said its forces completed redeployment and positioning themselves, after pullouts from Abyan fulfilled mutually with the Yemeni official government under the Riyadh Agreement.
"Following the political leadership's orders, and after the Saudi coordination and liaison team' arrival in Abyan, the STC forces began repositioning and redeployment as planned by the Arab coalition," spokesman for the Emirati-backed STC forces said hours after Yemen's new cabinet was declared.
"The process took place in few days, due to the attention paid by the southern armed forces' command in Abyan .. to observe the Riyadh pact," Mohamed al-Naqib added.
Implementation of the military section met southerners' expectations for stability, peace, construction, defeating the Iranian project and continuing the war against terrorism, he said.
For local sources in Abyan, the military section has yet to complete as many things still hinder its application, according to Anadolu Agency.
Under the deal, it was expected that he government special forces and general security forces would arrive in Abyan and the Presidential guard first brigade would arrive in Aden, the sources added on condition of anonymity, but "none of this happened."
On Wednesday, the Saudi-led coalition said the military section was successfully fulfilled after the troops were disengaged in Abyan and moved out of Aden.
On Friday, the Yemeni President, Abd Rabbu Mansour Hadi decreed the formation of the new government equally shared by the war-torn country's northern and southern provinces.