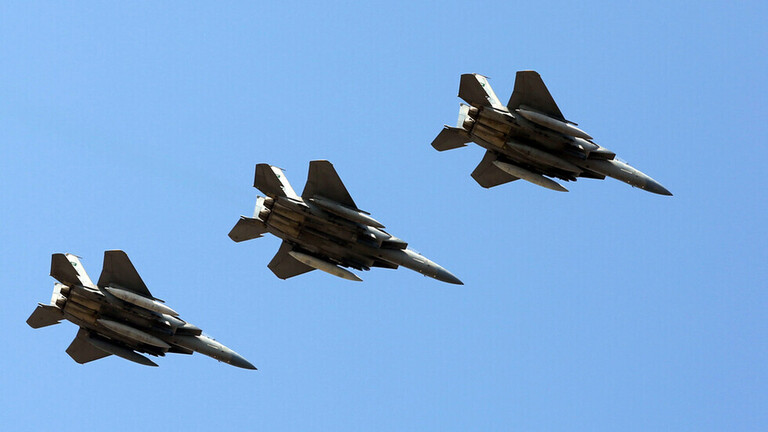 Riyadh (Debriefer) The Arab coalition on Tuesday dawn bombed a secret site used by the Islamic Revolutionary Guard Corpse (IRGC) in the Yemeni capital, the Saudi-led coalition said in a statement carried by the Saudi Press Agency (SPA).
Coalition war planes carried out airstrikes against military legitimate sites in Sana'a City, the coalition added, describing its operation as "in compliance with the international human law and its conventional rules.
"We destroyed a site for assembling and storing ballistic missiles inside the capital, Sana'a, and workshops for assembling ballistic missiles in Dailami aribase that is linked to Sana'a airport."
The air raids also targeted an IRGC clandestine site inside Sana'a City, according to SPA, as the coalition "took protective measures to spare civilians and civilian objects accidental damages."
Coalition aircraft launched three raids on Sana'a international airport and another one on 21September Park in the capital, the Houthi-run Masyra TV said without further details.
Saudi Arabia has been leading a military coalition in Yemen since 26 March 2015, in support of forces loyal to President Hadi to retake areas seized by the Iranian-backed Houthi group.
While the group accuses the coalition of imposing a blockade on Sana'a airport and preventing the facility from resuming operation, the coalition says the group uses the airport for military purposes.
Last Sunday, the Arab coalition targeted Sana'a airport with three raids, Houthi media said then.