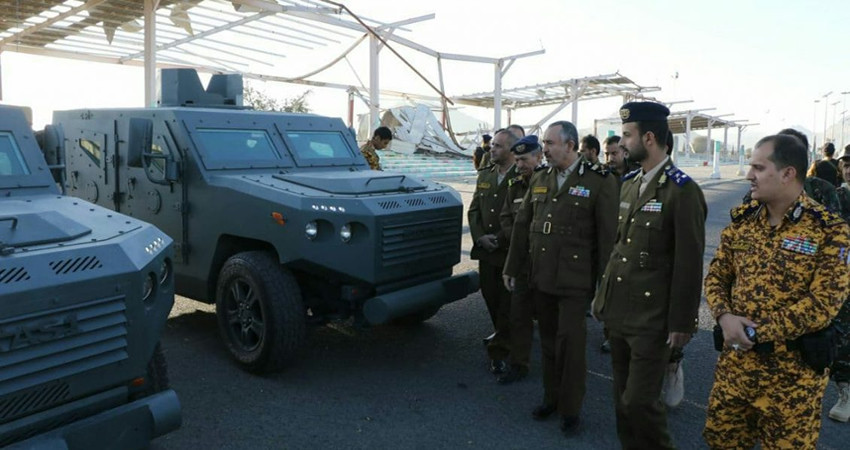 SANAA (Debriefer)--The Houthi government on Saturday claimed the production of homemade armoured vehicles.
The Houthi-run Saba news agency quoted interior minister Maj. Gen. Abdulkareem Al-Houthi as saying the armoured vehicle, type Ba'as 1, has been fully manufactured by Yemeni hands and expertise.
It is of high quality and designed to serve in various security operations, he said during the launch of the vehicle, according to the agency.
The Houthi group has been controlling Yemen's capital Sanaa since it ousted the internationally recognised government in September 2014.
It has claimed many times that it is producing and developing weapons including ballistic missiles and drones with local expertise.