Yemeni MPs threaten of no confidence to new gov't 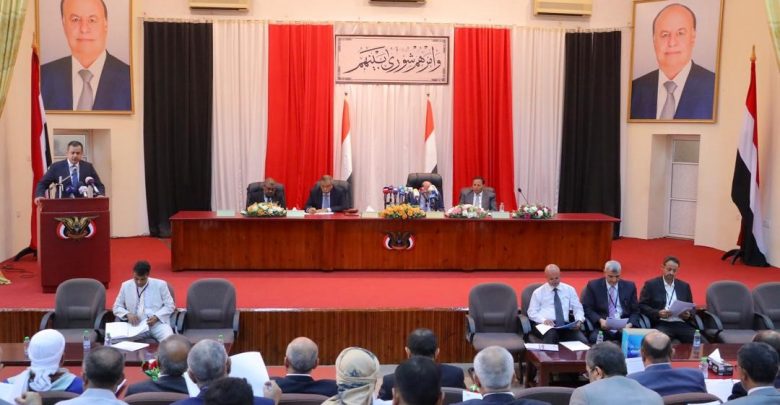 Riyadh (Debriefer) - Four members of the Yemeni legitimate Parliament on Sunday threatened to abstain from giving confidence to the government formed on Friday in accordance with the Riyadh Agreement.
In a letter to President Abd Rabbu Mansour Hadi, the 4 MPs Sakhar al-Wajeeh, Abdul Karim al-Aslami, Mofadhal al-Ibara and Shouqi al-Qadhi criticized why the "Tehama region was marginalized, absented and not represented in this government's formation.
"This region consists of four governorates (i.e. Hodeida, Hajjah, Rayma and Mehweet), 72 electoral districts and 6 million people."
The 4 lawmakers also criticized the "lack of female representation in the cabinet, though its formation decree was based on the National Dialogue Conference's outputs that provide for at least 30 percent for women."
They hoped "these two gross mistakes, which breach the partnership principle and conflict with the National Dialogue Conference's outputs, would be corrected."
The MPs threatened to practice their "constitutional right to express disapproval to this marginalization.. by abstaining from vote of confidence" to the government.
Wajeeh comes from Hodeida, Aslami from Hajjah and Ibara from Rayma, while Qadhi is from Taiz.
On Friday, the Yemeni President Hadi decreed the formation of the new government equally shared by the war-torn country's southern and northern provinces, but none of the Tehama ones.
Since 2001, this is the first time Yemen's government has no woman in its formation, after women were tasked with ministries including human rights, information and culture.