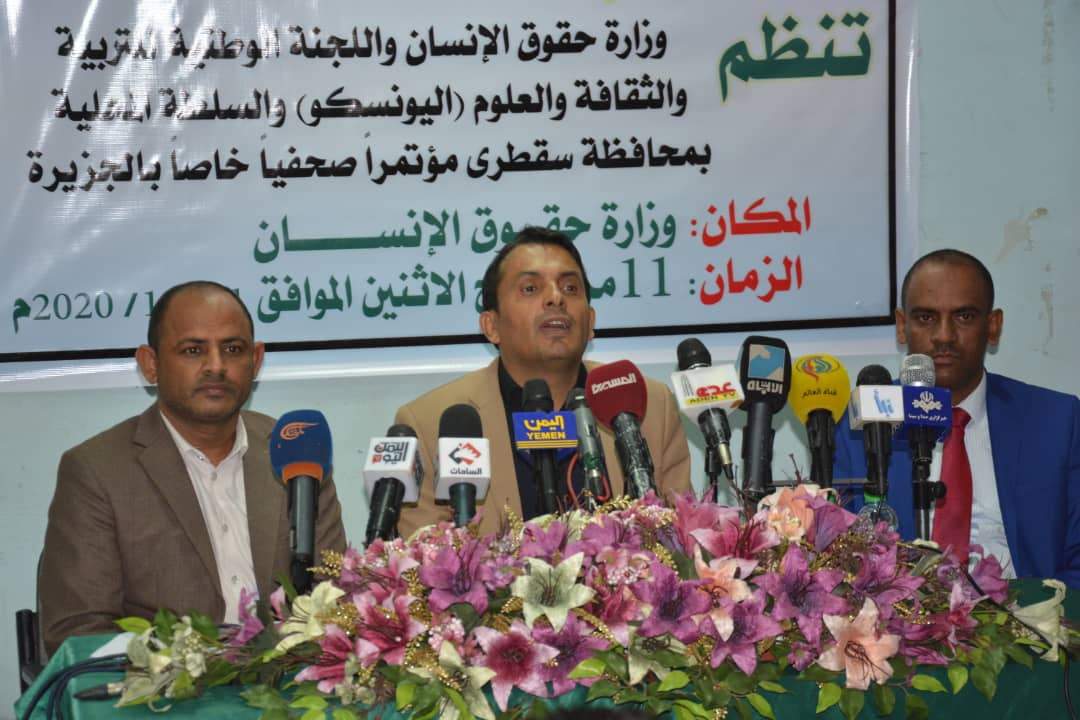 Sana'a (Debriefer) - Saudi Arabia and the United Arab Emirates have committed blatant violations against the Yemeni Socotra people, the Houthi group said on Monday at a press conference in Sana'a City.
Held by Houthi HR ministry and the Yemeni National Education, Science and Culture Committee (YNESCO), the conference was assigned for the "Violations and Risks in the Yemeni Island of Socotra", according to the Houthi-run Saba.
For six years, the Kingdom and UAE have been committing crimes and violations against Socotra and its people amid "international shameful collusion," Houthi acting HR minister said.
The blatant violations by the Arab coalition's countries in Socotra breach Rome Rules and international laws, Ali al-Dailami added, as they "torture and kidnap Socotra people and build secret prisons there."
The Houthi official called on the UN and international agencies to put an end to these violations.
Saudis and Emiratis seek for "Zionist presence in Socotra, given its strategic significance in international navigation and its biological, economic and geographic diversity," he said.
Socotra was classified as one of the world's most important islands, and in 2008 listed as world heritage.
Since June 2020, the archipelago has been under the Emirati-backed Southern Transitional Council's control.