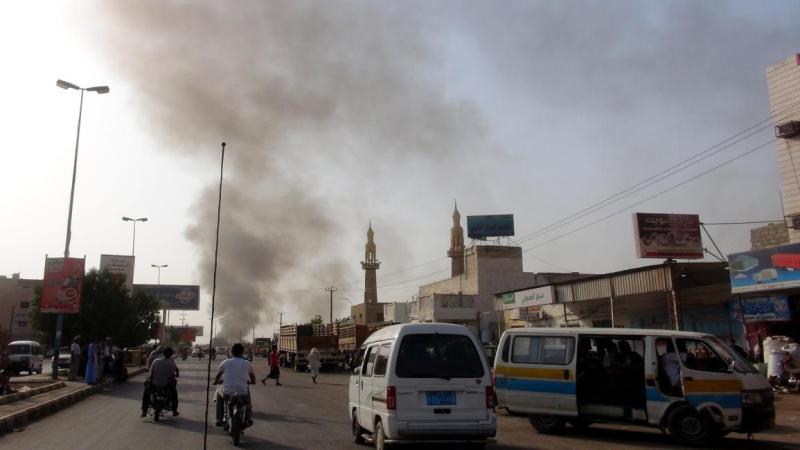 Hodeida (Debriefer) - The Houthi group on Sunday accused the Saudi-led coalition of breaching the Stockholm Agreement by launching six airstrikes on different areas in the Yemeni western governorate of Hodeida.
The Arab coalition aircraft targeted Salif district with three raids, the vicinity of Hodeida port with two and a private farm in Bajil district with a sixth airstrike, the Houthi-run al-Masyra reported.
Parties to the 6-year war in Yemen, after 8 days of peace talks in Sweden, reached on 13 December 2018 an agreement providing for ceasefire in Hodeida and redeployment of both sides' forces and allowing for UN leading role in the port city.
The Red Sea city of Hodeida and its ports have been under Houthi control since late 2014, while Yemeni joint forces loyal to legitimate government and Arab coalition retook control of the strategic port's southern and eastern gateways.
On Saturday, Hodeida local authorities deplored the coalition bombing as "blatant violation" of the UN-brokered Stockholm pact, the Sana'a-based Saba said.
In a statement, the Houthi-appointed authorities blamed the UN Mission to Support the Hodeida Agreement (UNMHA) for keeping silent at the coalition airstrikes in Hodeida.
Saudi Arabia has been leading a military coalition in Yemen since 26 March 2015, in support of forces loyal to President Hadi to retake areas controlled by the Iranian-backed Houthi group.