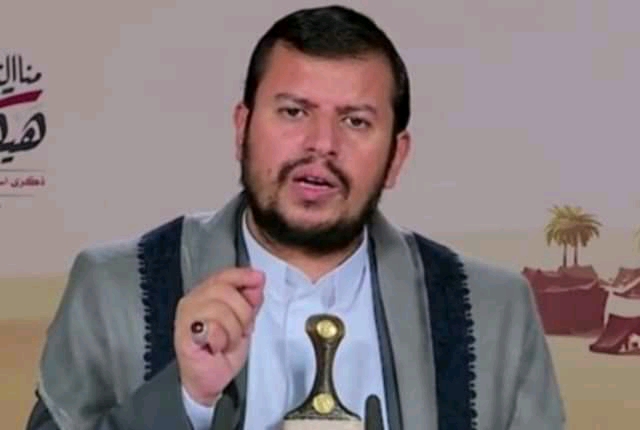 SANAA (Debriefer)--The Houthi leader Abdulmalik Al-Houthi on Sunday renewed his attack on countries that have normalised relations with Israel.
In a speech aired by the Houthi group's mouthpiece Almasirah TV on the anniversary of martyr, he called for cooperation to force US military forces out of the region.
All must be concerned about strengthening cooperation and fraternity to defeat the Israeli enemy and US military bases in the region, he said.
"The movement of the normalisation train has exposed relations between some regions with the Israeli enemy to enable it to lead the region as a proxy of America," he said, according to the TV.
He slammed those pointing to Iran and the axis of resistance as the enemy of the Muslim world.
The first people who talked about the Iranian threat were Americans and Zionists before Saudis and Emiratis started to talk about this constantly, he said, accusing America and Israel of igniting sectarian strife inside the nation.
The group ousted Yemen's internationally recognised government and seized power in late 2014, sparking a civil war and a Saudi-led military operation that have been continuing for six years.
It accuses the US and Israel of supervising and supporting the Saudi-led military operation.