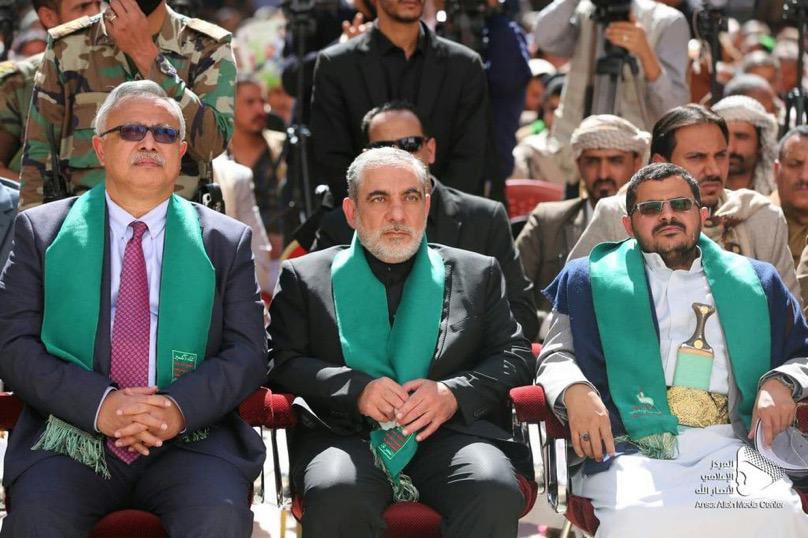 Aden (Debriefer) - The Yemeni UN-recognized government on Sunday called upon the international community to stop Iran's interferences in Yemen and its activities destabilizing the Middle East security.
The appearance of Iran's envoy to Houthis in the middle of a platform at an event organized by the group to morn Soleimani in Sana'a City is a "message from Iran to the world that it has the power in, and [its envoy] Hassan Irloo is the de facto ruler of, the kidnapped capital Sana'a," the Yemeni information minister tweeted.
"Irloo's remark that Yemen is the heart of resistance, which he means the Iranian evil axis, reflects the role played by the Houthi group as one of the most dangerous militias planted by the Iranian Revolutionary Guard to spread anarchy and terror in the region," Moammar al-Eryani added.
"International community, led by the UN Security Council's permanent members, is required to assume their legal duty and stop the Iranian interventions in Yemen," he urged.
The Yemeni minister called for "pressure to stop Tehran regime's policies and terrorist activities destabilizing the regional security and stability, and to designate the Houthis as terrorist group like other militias linked to Iran."