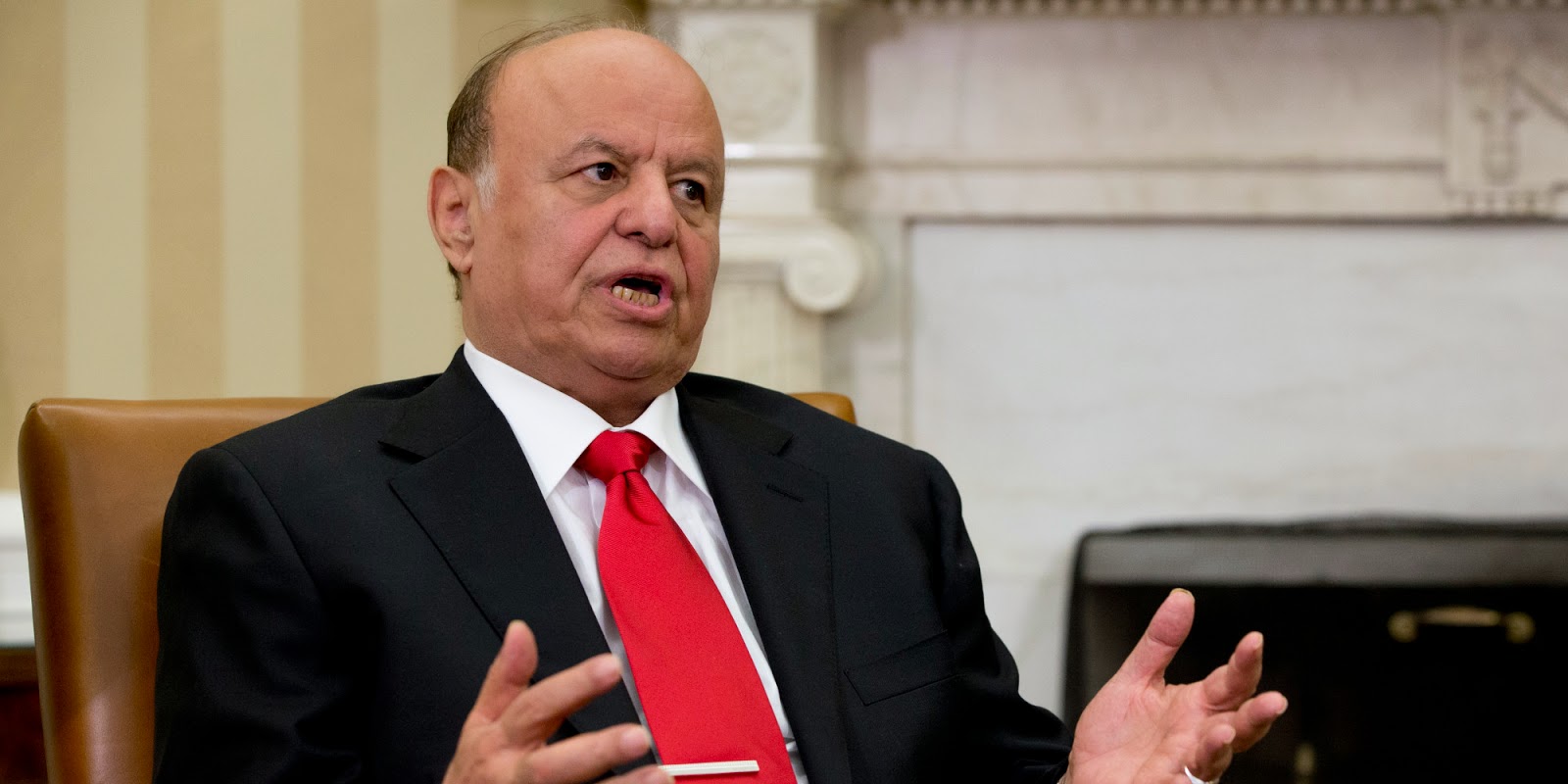 Riyadh (Debriefer) - All the efforts exerted to reach peace in Yemen have been met with Houthi obduracy and arrogance, the Yemeni President said Wednesday.
The Iranian-backed Houthi group day after day proves that it does not want peace or an end to the war, Abd Rabbu Mansour Hadi added at a meeting with the UN special envoy for Yemen, Martin Griffiths, in Riyadh.
The group works on implementing Iran's agenda aimed to destabilize the Yemeni and regional security and stability and to jeopardize the global shipping by its aggressive behavior, Hadi said, citing the recent attack on Aden airport.
Bombing a civil airport, targeting the cabinet and civilians with missiles, is a terrorist act that proves the militias' anti-peace approach, he added.
"Iran's blatant interference in Yemeni affairs and field support to the Houthis via the so-called its envoy to Sana'a, in addition to his activity and presence challenging the international diplomatic laws and conventions, are unacceptable and require international strict stance."
The UN envoy appreciated the efforts exerted by President Hadi and his government to achieve security, stability and peace sought by the Yemeni people.
Griffiths arrived in the Saudi capital on Tuesday in a trip that will include meetings with government officials in Aden and with Houthis in Sana'a.
The UN diplomat plans to convene government and Houthi officials in a series of direct meetings, said sources familiar with the Yemeni crisis.
Griffiths sees the technocrat government's formation and return to Aden provided positive atmosphere that would help commence political talks on the joint declaration, the sources added.