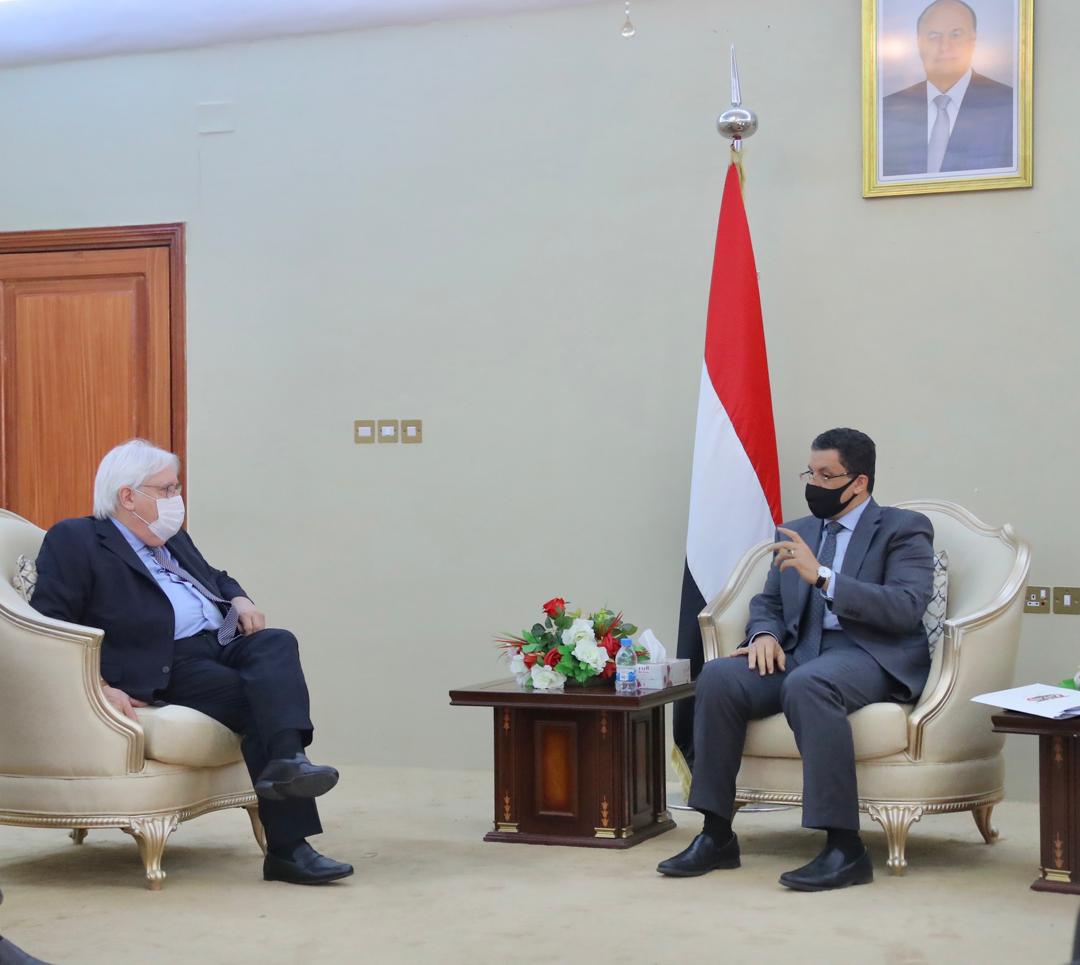 ADEN (Debriefer)--Yemen's foreign ministry affirmed on Thursday its commitment and support to the UN-sponsored peace process.

Foreign minister Ahmed Awadh bin Mubarak said at a meeting with the UN envoy Martin Griffiths that the internationally recognised government will not spare any effort to serve real peace which can address the crisis, end the coup and lay the groundwork for a new era in the country.

The government will work with determination to boost security and improve the living conditions of the people, he said.

Griffiths has ended an hours-long visit to Aden which came within his efforts to resume the political process and pave the way for a new round of negotiations between the government and the Houthis.

During the visit, he also met with prime minister Maeen Abdulmalik and Aden governor Ahmed Lamlas.

He condemned the last week's terrorist attack on Aden airport, praising the government's courage through staying and continuing its duties in the city following the attack.

This government represents hope for Yemenis and lays the basis for lasting and comprehensive peace in the country, he said, pointing out that the UN will be an active partner to help it address the humanitarian and economic crises effectively.