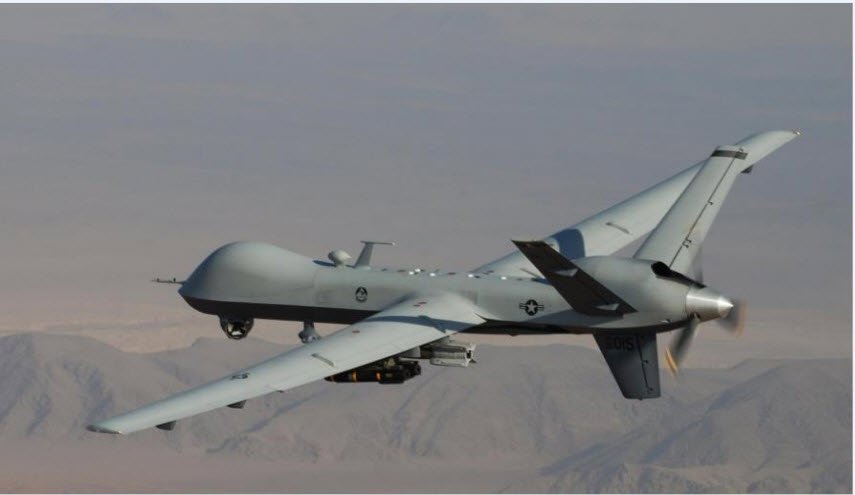 Marib (Debriefer) - The Iranian-backed Houthi group has downed an American warplane in the Yemeni northeastern governorate of Marib, Houthi spokesman said Tuesday.
Air defenses shot down an MQ9 drone while in hostile operation over Marib, Yahiya Sarie added.
The plane was downed by an appropriate missile, he said, without further details.
No immediate comment has been released by the Arab coalition or Yemeni authorities on the alleged attack.
Marib has been the scene of fierce battles pitting the national army and local tribesmen against the Houthi group that seeks to take control of the oil-rich governorate.