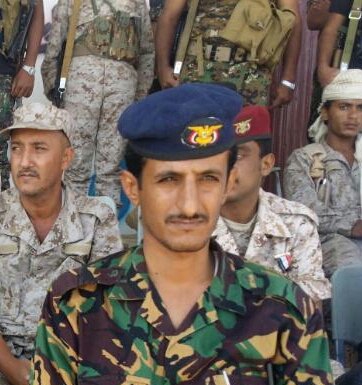 Marib (Debriefer) - Marib special forces' operation officer was killed on Wednesday along with some of his bodyguards in the northeastern governorate, security and tribal sources said.
While some reports say Saleh Ladhimd al-Obab was killed when an explosive device blew up his vehicle while heading to Marib's western front, others say he was killed by mortar shell in direct clashes with Houthis.
No official statement has immediately been issued by Marib local or security authorities on the incident.
Brigadier General Obab was appointed in the beginning of this March to lead special forces' operations in place of Nofal al-Hawiri, who was killed in fighting against the Houthi group in Marib.