Houthis: Iranian Initiative should be included in peace efforts to end Yemen crisis 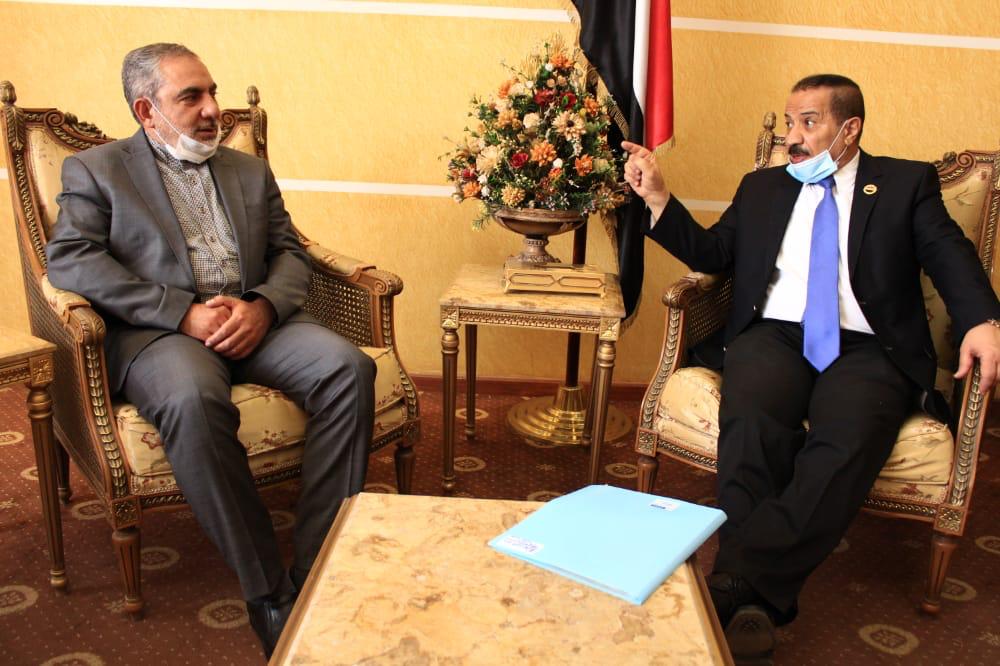 SANAA (Debriefer)--The Ansar Allah group, also known as the Houthis, on Monday hailed the Iranian Hormuz Peace Initiative designed to address instability in the region as an important effort which can help end the crisis in Yemen.

The current negotiations with the UN and US envoys should include the essence of the initiative and other peace initiatives on which the international community pins hope to alleviate the suffering of the Yemeni people, the Minister of Foreign Affairs in the Houthi government Hisham Sharaf said at a meeting with Iran's envoy to Sanaa Hasan Irlu.

He appreciated the Iranian stance calling for ending the military aggression and the blockade on Yemen, criticising the latest statement of Saudi Minister of Foreign Affairs to CNN about peace as delusions.

The statement ceme within Saudi Arabia's contradictory justifications for the events since 2015 when it launched a military campaign in secret and intensive logistical, training and intelligence cooperation with Tel Aviv, he said.

The Saudi-Israeli cooperation has been directed against Sanaa and Tehran within the ambitions of Saudi Arabia and Israel to establish a military alliance to take control of the Red and Arabian Seas, he said.
The group is accused of implementing destructive agendas in Yemen and the region, an accusation it has always denied.