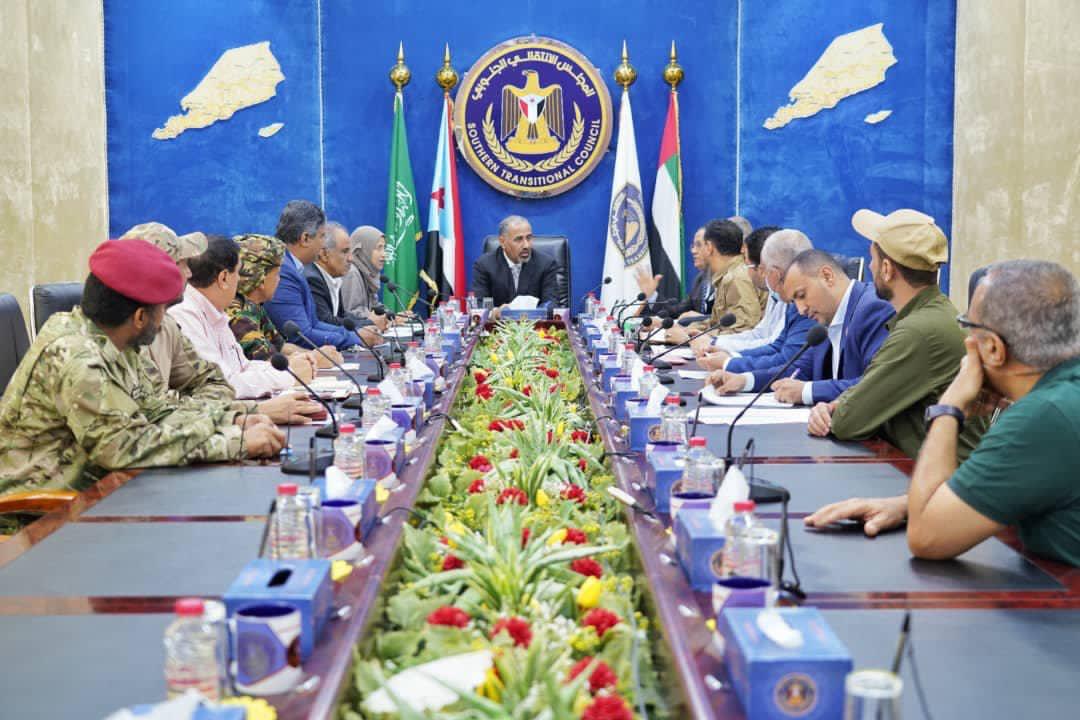 AFEN (Debriefer)--The president of the Southern Transitional Council Aidarous Al-Zubaidi on Saturday stressed the importance of complying with the Riyadh agreement and implementing its terms and the necessity of the council's participation in the peace process in Yemen.

The statement was made when he chaired a regular meeting of the council's presidency in the interim capital Aden, a day after his return to the city from the United Arab Emirates.

At the meeting which was attended by the council's ministers in the internationally recognised government, the Aden police chief and military commanders, he reviewed the outcomes of his meetings with foreign ambassadors and officials abroad.

He urged to unite efforts and capabilities to face dangers threatening south and the interests of the member states of a Saudi-led coalition fighting in Yemen.

The meeting also discussed military operations against the Houthis in Dhale province.