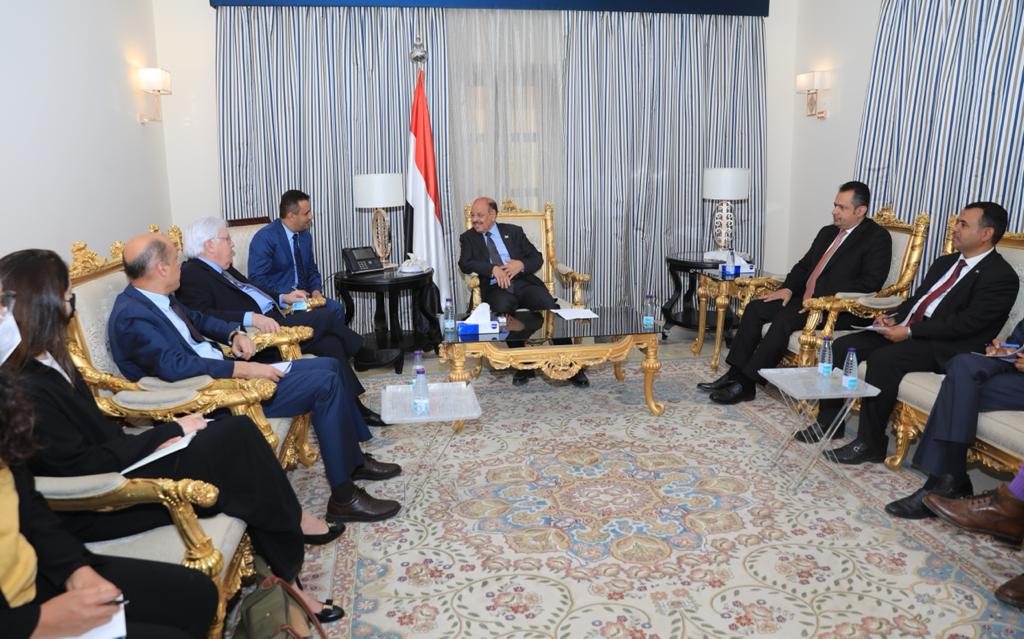 Riyadh (Debriefer) - The Houthi group does not bother at the daily tragedies suffered by Yemenis following its coup against the country's legitimate authority, the Yemeni vice-president said Tuesday at meeting with the UN special envoy, Martin Griffiths, in Riyadh.
The government's positive dealing with all the efforts exerted by UN envoys has been faced by Houthi obduracy and rejection, Ali Bin Hussein al-Ahmar added, noting that the Houthi decision is made in Tehran, according to the Riyadh-based Saba.
Despite the international increasingly voiced calls for ceasefire, the Houthis are launching their fiercest attacks on the northeastern governorate of Marib hosting three million Yemeni IDPs, he said, calling on the international community and UN to take a decisive stance.
Yemen supports the Saudi initiative and all the UN efforts pressing for a peaceful political solution, the Yemeni VP added.
The UN envoy said constant work is underway to cope with challenges and obstructions facing the peace process, as the only way to ending the Yemenis' sufferings, and that the international community supports Yemen, according to Saba.