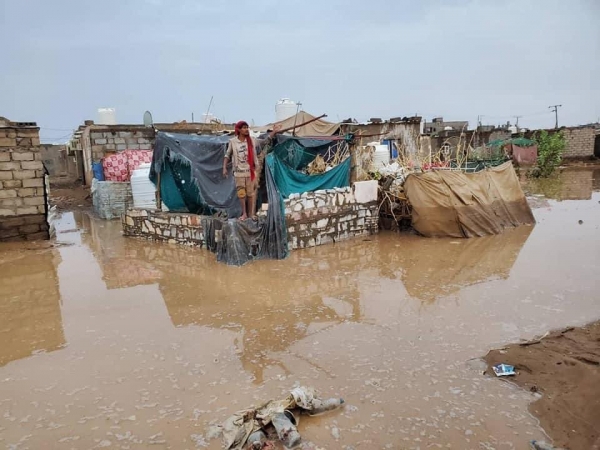 Sana'a (Debriefer) Heavy rains have left damages to nearly 500 ancient house in the old city of Sana'a.
Some 500 houses were damaged by rains seen by the historical city, listed by UNESCO as global heritage, the Houthi-appointed deputy manager of general authority for maintaining historical cities.
The UNESCO-funded repair efforts are insufficient to cover all the house in the city throughout the last period, Aqeel Nosari added.
According to UNESCO, Sana'a Old City is facing many risks because of degradation factors, natural risks like flash floods, and a type of negligence and unawareness.
In addition to heaped damages, lack of basically needed materials are key obstacles to renovate the damaged buildings.