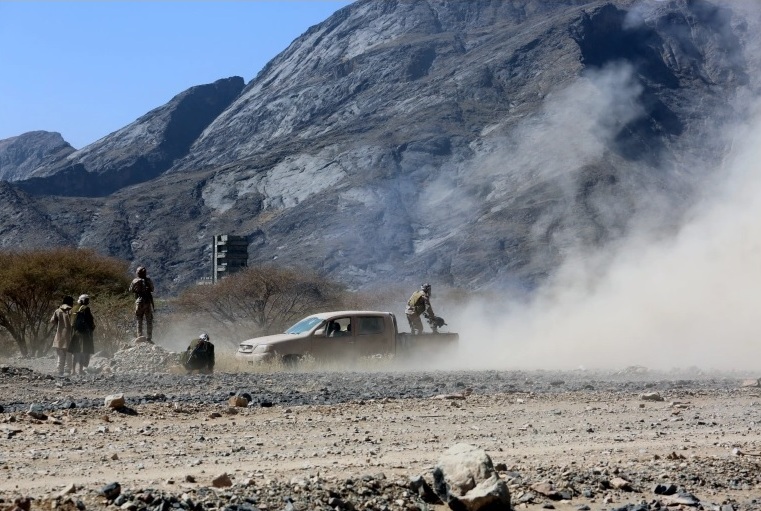 Marib (Debriefer) The Saudi-led coalition plans to hand the Yemeni northeastern governorate to the terrorist groups of Deash and al-Qaeda, the Houthi-appointed governor of Marib claimed on Wednesday.
The "American-Saudi coalition has plots to push hundreds of terrorist militants to erect new military barricades and sites in Hareeb district, after the defeats they sustained in Marib fronts," Ali Toaiman added in remarks carried by the Sana'a-based Saba.
The Yemeni government troops deployed thousands of takfeeri militants in the governorate in order to stop Houthi advancement, he said.
"The Saudi and American intelligences use their last exhausted cards in Marib battle.. after they depleted all their options and Marib people unveiled the reality of their devastating project."
The Houthi official called on Hareeb residents to "prevent the presence of these terrorist militants in their areas."
These remarks come hours after the Houthi forces seized the two districts of Baihan and Ein in Shabwa, pushing the national army to deploy more reinforcements western parts of the southern governorate.
Shabwa tribes declared general mobilization in support of the national army that launched a counterattack against the Iranian-backed Houthis, Shabwa local authority said late on Tuesday in a statement.