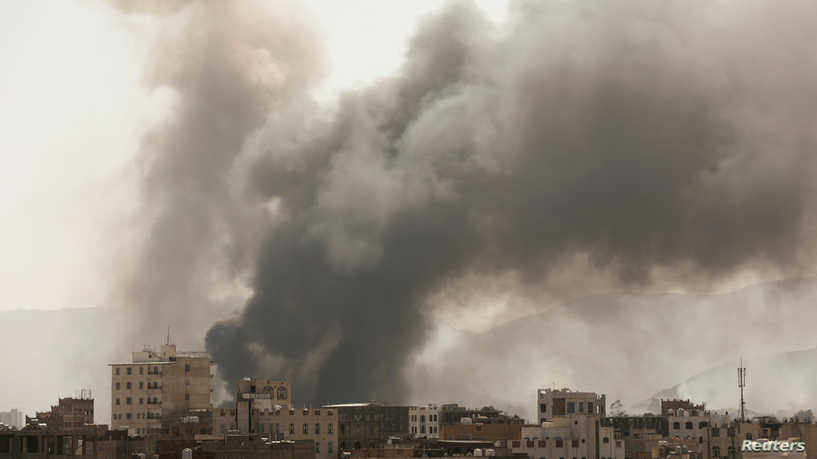 Sana'a (Debriefer) Saudi-led coalition war planes on Thursday targeted the Yemeni Houthi-held capital of Sana'a with a set of raids, according to eyewitnesses and Houthi media.
The Arab coalition aircraft pounded Sawan area, in the nearby of the US embassy in Sana'a, the Houthi-run al-Masyra TV said.
The coalition air strikes targeted the engineer force camp north Sana'a, according to eyewitnesses.
Violent blasts were heard and palls of smoke were seen hanging over from the targeted site, the witnesses said.
No immediate remark has been released by the Saudi-led coalition on the matter.