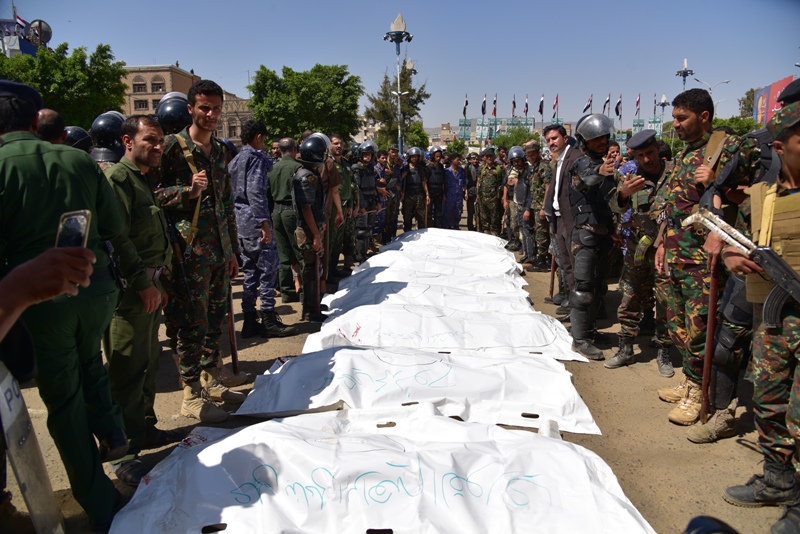 New York (Debriefer) The Yemeni UN-recognized government on Tuesday called on the UN and its Security Council and Human Rights Council to condemn and hold the Houthi group accountable for executing 9 civilians, including a teenager.
The Iranian-backed Houthi group had "abducted and forcibly disappeared the nine victims for more than three years, during which they suffered very inhumane treatment and systematic torture to give false confessions, and were denied visitation from relatives," the government said in a letter.
"One of the victims was a child who.. lost ability to walk due to the torture systematically practiced by the Houthis," according to the letter handed by Yemen's permanent representative to the UN, Abdullah al-Sa'adi.
"A tenth victim was tortured to death in prisons run by the Houthi.. that, after executions, asked the victims' relatives to empty their houses as part of confiscation of their properties, and to pay 3,000,000 Yemeni rials as trial expenses imposed on each of the victims."
The government is very concerned about the fate of people prosecuted by the Houthi militia, the letter read, warning that "silence would only be construed as impunity for the group."
The government called on the Houthis to release all prisoners, detainees, forcedly disappeared and home-arrested people without any delay.
Last Saturday, the group executed nine civilians on charge of taking part in assassinating the former chairman of Houthi Supreme Political Council, Saleh al-Sammad, in Hodeida on 19 April 2020.