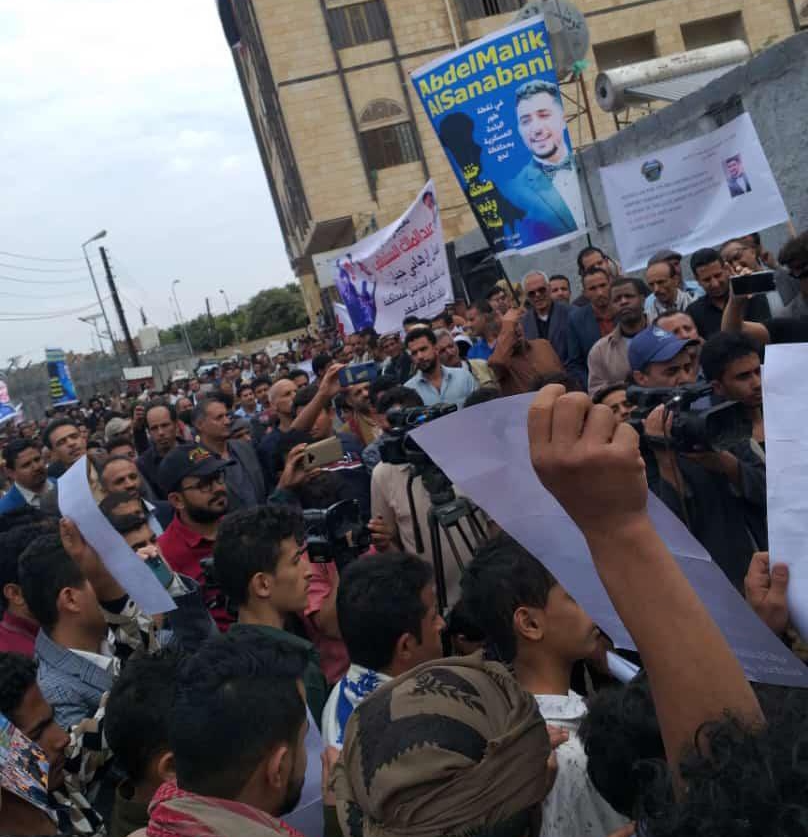 SANAA (Debriefer)--Hundreds of people on Wednesday rallied at the UN office in Yemen's Houthi-controlled capital Sanaa to demand UN help to bring to justice soldiers who killed Yemeni American citizen Abdulmalik Al-Sanabani in the province of Lahij earlier this month.

Al-Sanabani, 30, was arrested, tortured and then shot dead by members of the UAE-backed security belt forces at a checkpoint in the district of Tour Al-Baha as he arrived in the country for a family visit.

He was on his way from the interim capital to his city of Dhamar. His killing sparked wide local and international condemnation.

His family handed UN officials a letter in which it urged the UN to help bring those responsible for the murder to justice, put an end to all extrajudicial killings in the country and reopen Sanaa airport.

"We don't want to see another Abdulmalik killed, another mother mourning her sole son or a father hunting killers of his son. We just want justice and an end to all bloodshed and extrajudicial killings," it said.

The military brigade to which the killer soldiers belong has refused to hand over the soldiers to the judicial authorities and is refusing to cooperate with the committee probing the murder.