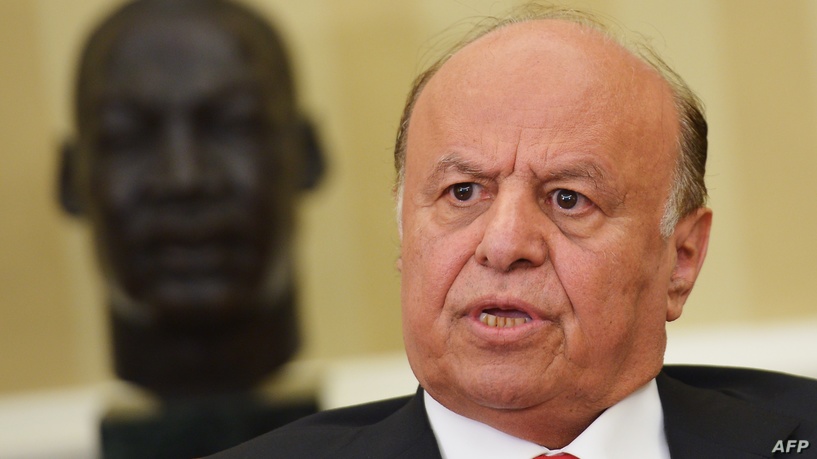 Riyadh (Debriefer) Al-Abdia and its 35,000 population have been under siege for three weeks denied access to food and medicines amid international silence, the Yemeni UN-recognized President said Wednesday.
Peace process kills with Houthi hands and the unlimited Iranian support, while the whole world stays still, Abd Rabbu Mansour Hadi added in his speech on the 58th anniversary of 14 October Revolution.
Peace efforts, in the mind of Yemeni people, gradually prove to be intangible and empty statements that neither stop terrorism nor prevent more killing and destruction. They result only in further disdain from the this group.
While Marib supplies all the Yemeni areas with gas, oil and life requirements, the Houthi group practices killing, terrorism and destruction against this governorate and its noble people. "It gives them life when they give it but death and devastation," the President said.
The persistent war increasingly leaves Yemen with serious threats and human and economic costs, as the Yemenis experience unprecedented suffering.
Battle against the Houthis is the greatest challenge faced by Yemen, since the group covets to devour the whole country, and ruined the politics, economy and the State in order to establish a hated system based on non-national culture and non-Yemeni identity.
"It's the responsibility of all of us (rulers and citizens, men and women, north and south) to preserve our country, unite our effort and defend the revolution's values and revolutionaries' struggle and sacrifices.
"Yemen won't be well as long as these radical militias kill, attack and besiege our people in Marib, Shabwa, Dhalea, Taiz, Baydha and the whole Yemen," President Hadi said.