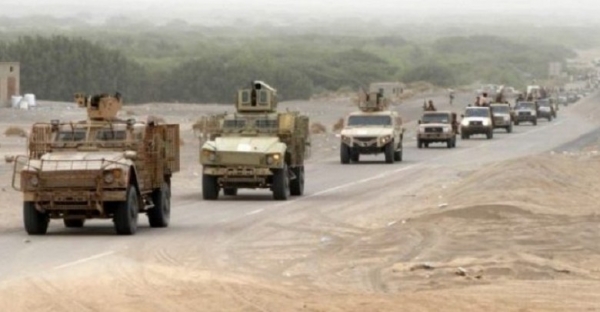 Shabwa (Debriefer) The Emirati troops on Tuesday withdrew from al-Alam camp based in the Yemeni southeastern governorate of Shabwa, local military sources said.
In the dawn, the forces headed to the Yemeni-Saudi crossing al-Wadea'a, while Yemeni government troops were deployed in the nearby to secure the camp during the handover process in coordination with Saudis, the sources added.
The national army will take charge of the strategic camp after the Emirati withdrawal, but Yemeni soldiers affiliated to the Arab coalition were asked to remain inside the site until it is handed over to the army, they said.
Yemeni army troops and security special forces are now in the vicinity of the camp whose protection is now the duty of the coalition troops (Yemeni nationals) until it is officially handed to the legitimate authorities, according to the sources.
The Emirati withdrawal came as part of Yemeni-Saudi-Emirati understandings that paved the way for ultimate pullout from Shabwa, the sources said.
"In the upcoming weeks, the Emirati forces will pull out from Balhaf gas facility."
The Emirati withdrawal was preceded by serious tensions between the Yemeni UN-recognized government and the Emirati troops that trained militias led mutiny against the government in Aden and other southern provinces.