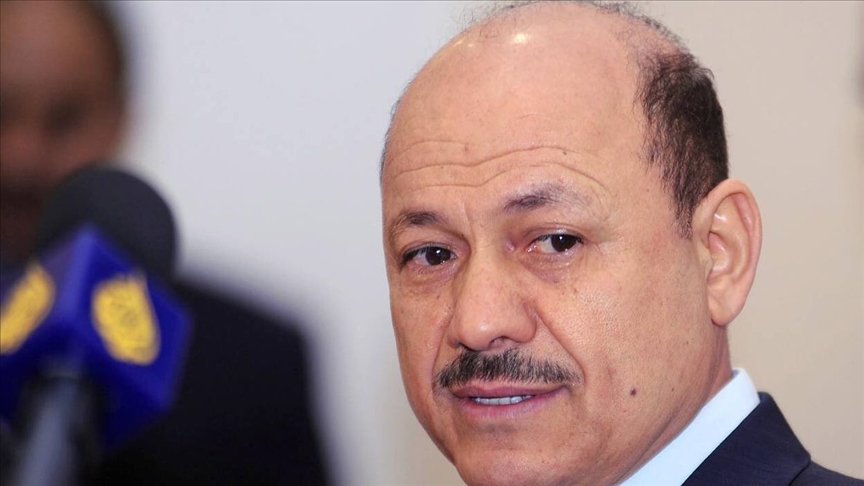 Riyadh (Debriefer) President of the Yemeni Leadership Council (LC) on Monday warned of "international slackness" in dealing with the Houthi group that "practices systematic blackmail just to buy time, without proving willingness to engage in peace and end the Yemenis' suffering."
The Yemeni UN-recognized government sticks to the need for reopening the blocked roads and crossings in Taiz city, Rashad al-Alimi added at meeting with the UN special envoy to Yemen, Hans Grundberg.
Yemen's President underlined the need for more pressures on the Houthi group to honor its words under the truce deal and to reopen Taiz's main roads before moving to other files, according to Saba news agency.
Ending the city's siege would make difference in alleviating the suffering of Taiz people who have been under blockade over seven years, he said, warning of "international slackness" at the Houthi systemic blackmail aimed to gain more time and prolong the war.
Alimi also warned against the Houthi persistently organized mobilization, which threatens to undermine the UN truce and the chances of its renewal in the future.
While the government has kept to its obligations, dealt positively with all the proposals and made great concessions to help the truce hold and ease the Yemenis' sufferings without exception, the Houthis kept obdurately deceiving, dodging, delaying and reneging its pledges under the truce, he said.
The UN envoy appreciated the Yemeni LC's and government's positively dealing with his efforts in order to lessen the civilians' suffering across Yemen.
Reopening Taiz crossings is still an urgent priority of the UN envoy's efforts aimed at pushing the negotiations forward and advancing towards other files, Grundberg said.