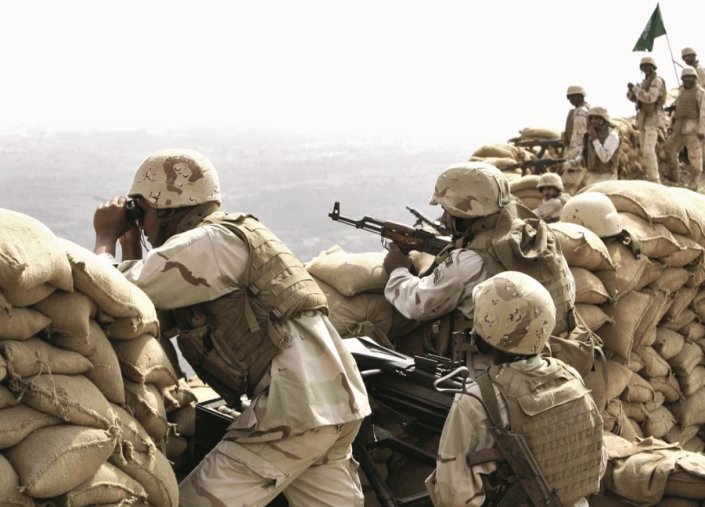 Riyadh - Sana'a (Debriefer) The Saudi-led coalition on Friday denied Houthi charges that its troops had tortured Yemenis to death in Raqu area in the Yemeni northern governorate of Sa'ada bordering the Kingdom.
"The Houthi claims on deaths in the bordering area of Raqu at Saudi troops' hands are baseless," the Arab coalition said in a statement carried by the Saudi Press Agency.
"Tens of migrants were killed in forced displacement and armed clashes erupted by the Houthis," the coalition added, as "the Houthi cruel operation came after disputes and burning of migrants' residences.
"Killing the migrants in Raqu is a repetition of the Houthis' burning hundreds of African migrants at the Sana'a-based detention center," the statement read.
The coalition calls for UN and other agencies to bear their responsibilities and uncover Houthi brutal violations against migrants, according to the statement.
The Sa'ada-based Jomhouri Hospital received seven bodies of Yemenis killed by Saudi border guards in Munabih district, a Houthi security official said in remarks carried by the Houthi-run Saba.
The seven victims died of torture at hands of the Saudi army, he added, noting that this "is an initial toll of those taken to hospital as the number exceeds seven."