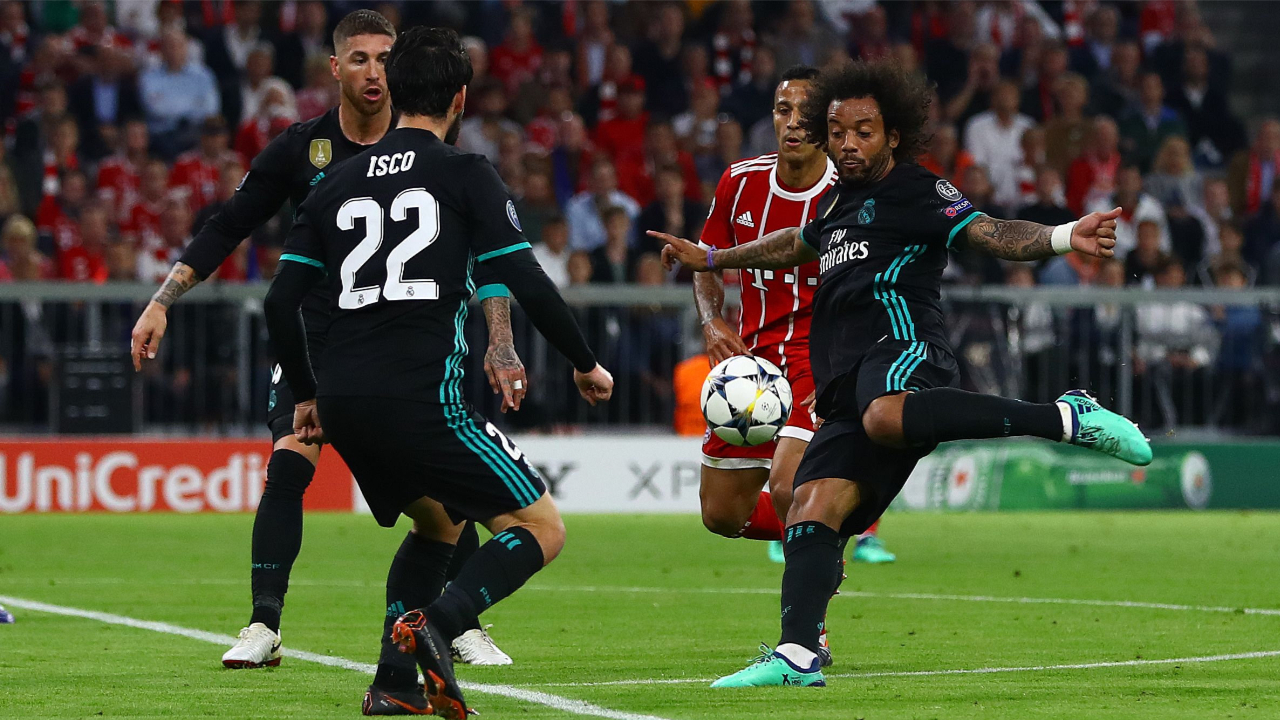 The Allianz Arena in Munich was the setting for a highly-anticipated clash between two of Europe’s big heavyweights, as Bayern Munich looked to take an advantage with them to Spain next week. Having performed well away from home in the previous knockout stage rounds, Real Madrid had reason to be confident of doing the business in Bavaria on Wednesday evening. (Photo by Guenter Schiffmann / AFP)
Real Madrid overcome early deficit to win at Bayern Munich
Marcelo and Marco Asensio score valuable away goals for the Spanish giants
Second leg set for the Santiago Bernabeu in Madrid on Tuesday 1 May
Bayern Munich hosted Real Madrid in the first leg of their UEFA Champions League semi-final on Wednesday evening.

In a competitive contest between two of Europe's heavyweights, Bayern took an early lead through Joshua Kimmich.

However, a Marcelo equaliser just before half-time and a winner from Marco Asensio in the second half meant the holders returned to the Spanish capital in pole position to reach next month's final in Kiev, Ukraine.

Liverpool boss says too much football 'bad for relationships'