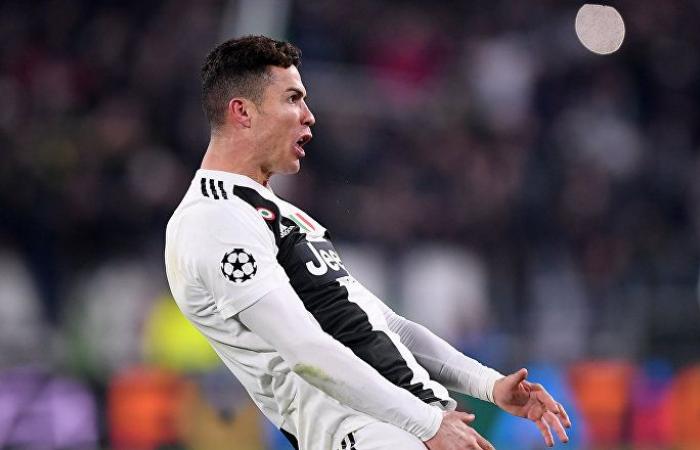 The Portugal international has been fined €20,000 by UEFA for mocking Diego Simeone at the Allianz Stadium during the last 16.

Cristiano Ronaldo has avoided a Champions League suspension after UEFA announced his punishment for his celebration in the aftermath of Juventus' win over Atletico Madrid.

Ronaldo scored a hat-trick in the second leg of Juve's last-16 clash with the Rojiblancos, and celebrated by mocking Diego Simeone's own celebration from the first leg when the Atleti boss intended to illustrate the 'cojones' his team had shown in their own 2-0 victory.

UEFA opened disciplinary proceedings against Ronaldo on Monday for the gesture, and have decided a €20,000 is punishment enough for the Portugal international.

That is in line with Simeone's own punishment, with the Argentine fined the same amount by the European governing body ahead of the clash in Turin.

Ronaldo, therefore, will be free to face Ajax in the quarter-finals of the competition as he continues his quest to win a fourth straight Champions League title and a sixth overall.

The former Real Madrid superstar had struggled to make an impact in Europe for the Bianconeri ahead of his Atletico heroics, scoring just one goal in the group stages having been sent-off against Valencia on matchday one.

But in netting a treble to knock out Simeone's side, he looks to be finding form at the ideal time ahead of the latter stages of the competition.

Since arriving in Italy the 34-year-old has scored 24 goals in 36 appearances across all competitions, with Massimiliano Allegri's side 15 points clear at the top of the Serie A table and set to win an eighth straight Scudetto.

But it is the Champions League for which Ronaldo was bought during the summer of 2018, and he is unlikely to take Ajax for granted having seen the Eredivisie outfit knock out his former Madrid team-mates in the last-16.

Erik ten Hag's side pulled off the surprise result of the round as they won 4-1 at Santiago Bernabeu to win 5-3 on aggregate over the 13-time winners.