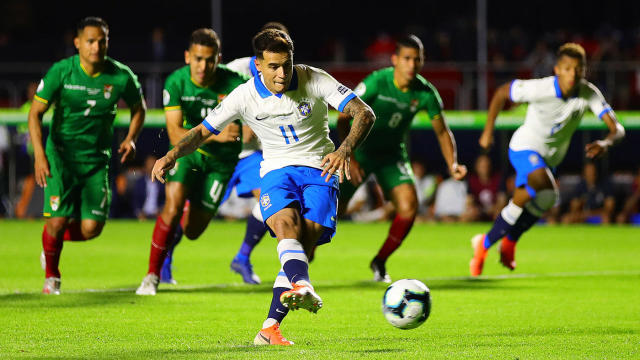 Brazil got off to a win in the first game of the Copa America, but were booed by fans at half-time.

Two second half goals from Philippe Coutinho and one from Everton Soares sealed a 3-0 win against Bolivia, but supporters were from happy with the tactics.

Manager Tite started with Real Madrid midfielder Casemiro and Man City man Fernandinho as his two holding midfielders with Coutinho, David Neres and Richarlison playing ahead with Roberto Firmino up top on his own owing to Neymar’s injury.

And when the teams went in at the break goalless, supporters let them know what they thought.

Brazil are hosting the Copa America for the first time since 1989, with all 10 South American teams taking part, along with guest nations Qatar and Japan.

Casemiro + Fernandinho does not work, two defensive midfielders whose function is to recover the ball, doesn’t serve as a useful weapon in offensive moments. That's why we had a lot of difficulties going forward .from the middle