30 killed, 100+ buildings ravaged by floods and landslides in northern India and Nepal 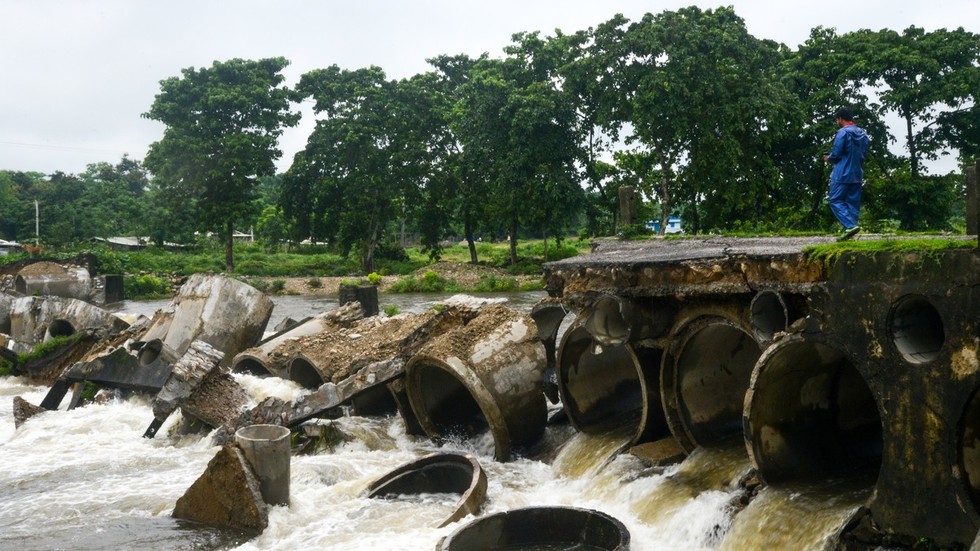 Over 30 people have been killed and more than 130 buildings have collapsed following days of torrential rainfall that triggered mass floods and landslides across Nepal and two northern Indian states.

Severe monsoon thunderstorms have wreaked havoc across 14 districts of the Uttar Pradesh, killing at least 15 people since Tuesday. Landslides and floods caused major damage to the state infrastructure, leading to the collapse of at least 133 buildings, official data showed.

In the northern Indian state of Assam, the death toll from this week's floods has risen to at least 6 people. Thousands have been displaced from 1,556 villages spread out across 21 districts, authorities said.

Across the border in Nepal, at least 17 were killed by the floods and multiple landslides, with many people still missing and properties damaged.

The full scale of the destruction has yet to be assessed as hundreds more buildings remain partially submerged. According to the forecast, the next three days will see mostly cloudy skies with the occasional chance of rain before scattered thunderstorms return on Tuesday.