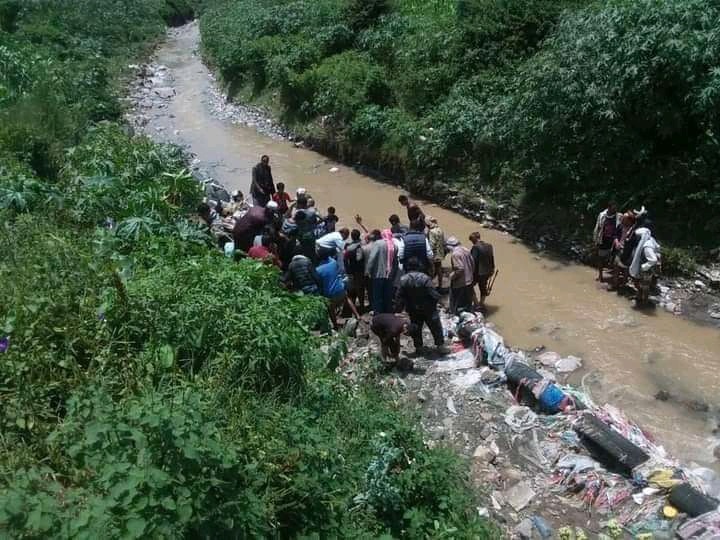 Ibb (Debriefer) - Body of the floods' sixth victim was found on Wednesday, ten days after she and her 5 relatives sank in their car in the Yemeni central city of Ibb.
Thuria Jozailan al-Hashidi (14) was found by a group of volunteers in a flood channel near to the official migration authority, local sources said.
"The child body was found covered under mud and damaged wheels, after ten days of search," the sources added.
Bodies of other victims; Mohamed Fawaz al-Shormani (11), Lutf Fawaz al-Shormani (6), Kafa Mohamed al-Shormani (20) and Qasim Jozailan al-Hashidi (13), were previously found by farmers in valleys outside Ibb city.
Floods seen by Yemen in the two last months killed 174 people and partially or completely damaged tens of houses, official reports say.
According to UN statistics, the torrential rains and floods affected some 35,000 families (most of them are displaced) across the war-torn country.