Houthis: We will never accept a partial halt to Saudi attacks on Yemen and game can't be changed 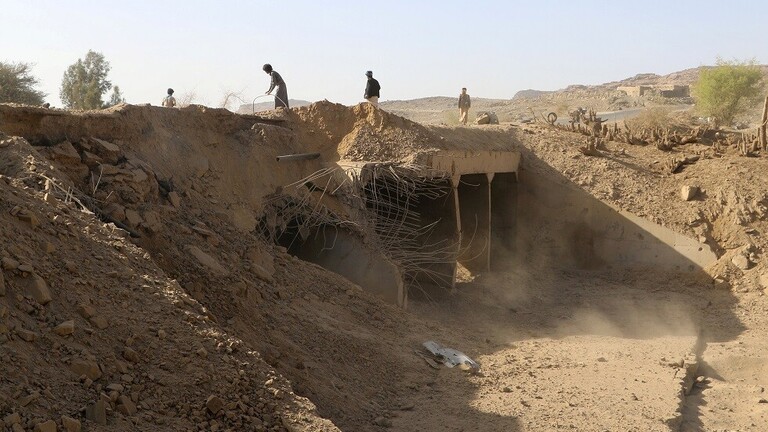 The Houthi group (Ansar Allah) said that it will not accept a partial halt of air raids by the Saudi-led Arab coalition to support of legitimacy in Yemen, stressing that the coalition countries must keep pace with their military movement with their political positions on withdrawing from this poor country, which is suffering a bloody power struggle for the fifth year.

A senior leader of the Houthi group and a member of its political bureau, Mohammed al-Bokhiti, told Al-Mayadeen TV: "We will never accept a partial halt to the Saudi attacks on Yemen in return for a total halt on our part,

The Houthi group announced on September 20 that it would stop attacks on Saudi Arabia, demanding Riyadh a similar announcement, as part of a "peace initiative" aimed at completing a "comprehensive national reconciliation" under "serious and genuine" negotiations between the various parties to the war.

He pointed out that "the UAE steps run and supervised by the US officials, recommending the aggressors not to “think they can change the game.”.

The Houthi leader considered the United Arab Emirates’ move to deploy 100 military vehicles in Taiz as “wrong”, calling militarization of al-Makha port in Yemen as violation of international laws and contradiction of its announcement of withdrawal from Yemen.

"The UAE seeks to establish its presence in Taiz and this contradicts its announcement of withdrawal from Yemen, pointing out that the UAE moves assure everyone that the target is Yemen as a whole"., he affirmed.

"Al-Mayadeen" channel quoted sources it described in particular as saying an Emirati vessel arrived Friday at the oil port of Aden, where it unloaded 100 armored vehicles, military vehicles and munitions.

The sources reported that the UAE action comes a week after three Emirati vessels were spotted at Mokha port, and a new port for warships was set up at the Mokha Tun Factory.

The sources claimed that the UAE is preparing on the ground for a new battle on the Taiz front by mobilizing troops and transporting weapons.