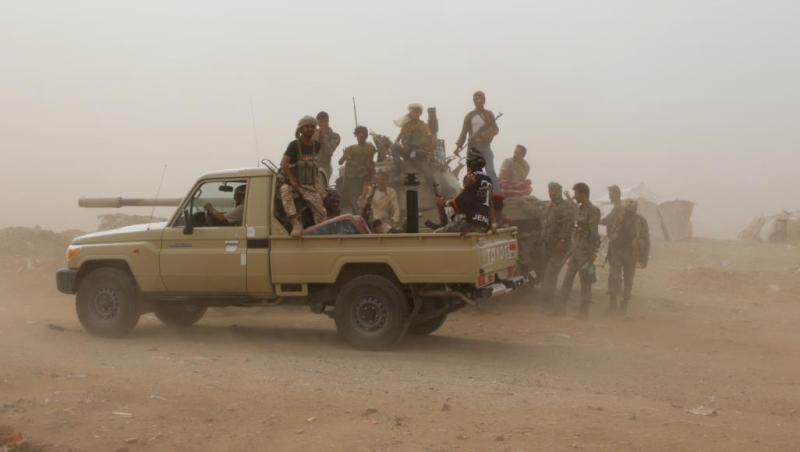 Forces of the Emirati-backed Giant Brigades withdrew on Saturday from sites in the Yemeni western governorate of Hodeida towards the southern port city of Aden, said Yemeni sources.

The pullout was ordered by the Aden-based Emirati command in order to reinforce the Southern Transitional Council (STC) forces, the sources added.

The Giant Brigades info center said the units "were sent towards Aden to participate in securing the southern provinces and their capital Aden against any terrorist assaults."

"The reinforcements come as part of the Giant Brigades' participation in operations against terrorist groups seeking to return to and overtake Aden," the center added in a statement.

The UAE said then their aircraft targeted, with "limited strikes, terrorist militias posing a threat to coalition forces."

Other forces from the Giant Brigades are prepared to be deployed to southern provinces, according to the info center.

But a leader at the southern resistance said the withdrawal from western coast came following the "failure of the UAE-backed Security Belt and elites forces to confront the national army."

No enemy "the Giant Brigades will fight when arrive in Aden, Abyan and Shoqora" except the internationally-recognized government forces, Adel al-Hasani added at interview with Al-Jazeera TV.

The Emirati command has weeks ago moved heavy weaponry and armored vehicles from the Giant Brigades to Aden and Abyan.

These reinforcements are redeployed amid stalled efforts to end the UAE-backed forces' control of Aden, used to serve as interim seat of official government.

The 10 Giant Brigades include more than 15,000 troops, most of whom are Salafist, are led by Ali Salim al-Hasani, and receive military and funding support from the United Arab Emirates.