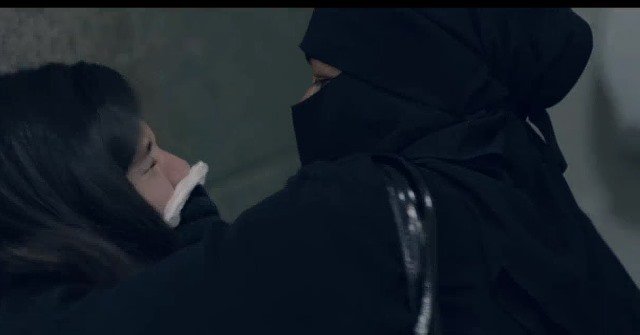 The Houthi group (Ansar Allah), which controls the highly populated northern Yemeni provinces, says the areas under its administration enjoy security and stability.

The group considers any talk of security incidents whatsoever as a defamation in its security performance, and it is keen to publish reports on its amazing security achievements.

And recently, the group was surprised by the circulating of news and reports of human rights organizations talking about kidnappings of girls in Sana'a, which shocked the group and the people.

In a statement, at midnight on Thursday, the Ministry of Interior in the Houthi (Ansar Allah) Salvation Government denied the validity of what was reported by the media on the widespread phenomenon of kidnapping of girls in Sana'a.

The group's Ministry of Interior accused the coalition leadership of being behind such rumors to destabilize the country and Sanaa-controlled provinces.

While the group's interior ministry has categorically denied the existence of the kidnappings, it indicated at the end of its statement that three girls disappeared in May, and they were found and handed over to their families.

The statement did not give details of the disappearance of the three girls and how they were found.

Activists on social media have published, in early December, some cases of kidnapping of girls in mysterious circumstances.

On Sunday, Human Rights Rada said it had monitored more than 35 cases of kidnappings of girls and students in the capital, Sana'a, which is controlled by the Houthi group (Ansar Allah).

The organization confirmed, in a press statement, that the phenomenon of kidnapping of girls, students and women in Sana'a and a number of northern Yemeni provinces has escalated in an unprecedented way.

The statement included testimonies of unnamed witnesses, for security reasons, which stated that "more than 35 girls and students were kidnapped from the places of study and from the streets in the capital, Sana'a, recently."

The statement pointed out that "armed elements affiliated with the Houthi Group in Sana'a raided a language institute in the Haddah area in the capital Sana'a this December, and kidnapped women working in the institute."

The statement added: "The raid and kidnapping was directed by a leader of the group believed to be the director of its criminal investigation in the capital, Sana'a, where charges were fabricated against them, violating honor and morals, including the charge of prostitution, to justify the kidnapping and enforced disappearance."

The organization called on the Houthi group (Ansar Allah) to quickly investigate these "crimes and violations" and to uncover and prosecute the perpetrators.

And between the Houthi group (Ansar Allah) dismissing and the assurances of some human rights organizations about the phenomenon of kidnapping, it seems worrisome, and it will not be fully confirmed by the departure of families whose girls have been kidnapped to the media and recording their testimonies and complaints, so that the truth can emerge, and the case turns into a public opinion issue that calls for concerted efforts Unbelievable.