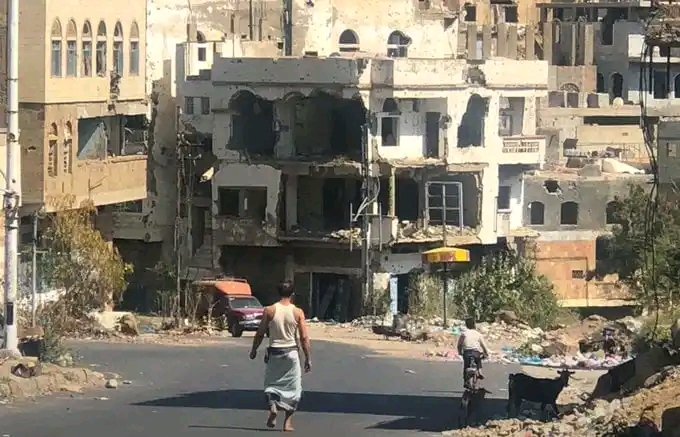 Report (Debriefer) Announced by the UN special envoy on 2 April, Yemen's ongoing truce provides an outlet for warring parties to reach a sustainable settlement, but on the ground no signs that the rivals are willing to put an end to the eight-year-old war.
While the United Nations and peace-sponsoring countries see in the truce a basis to build on for the sought peace, observers think it was just a transitional must for the rivals to take a breath and get prepared for a new round of fighting.
Indeed, the truce helped decrease military escalation and number of victims, but military mobilization has persisted – particularly by Houthis – and the truce itself has been repeatedly breached.
Except for halt of their attacks on Saudi lands, the Houthis took no confidence-building step reflecting their goodwill or commitment to the truce under which all their conditions were fulfilled, including the halt of airstrikes and resumption of activity in Sana'a airport and Hodeida ports.
With their sway in large swaths in Yemen's northern and western areas, including Sana'a City, the Houthis see they have the upper hand in any political talks and could unlikely make real concessions that would lessen their capacity to rule all the country, says Nabeel al-Dhobhani.
However, under international pressures the Houthis may make what may some see as casual concessions (but in fact false maneuver) to achieve new gains, given the group's delusive history, the Yemeni political activist added in remarks to Debriefer.
"Path to sought peace in Yemen will currently remain full of traps and unattainability, as long as the balance of military powers stay unchanged."
Dhobhani belittled the reports on the Omani-mediated direct negotiations between Saudi Arabia and the Iranian-backed Houthi group.
"If proved real, these negotiations don't mean a stop to Yemen's war, but may transfer the conflict to another square, with lesser Saudi military invention limited to support for some parties in order for Riyadh to maintain presence as a key player in Yemen, especially after the group refused to cut relations with Tehran.
"While the war has dire cost, there are other factors – beside the Gulf concerns about the Houthi-Iran relation – that cause pessimism over potentiality to reach sustainable peace. Among these are local factors pertaining the Yemenis' rejection of the Houthi-envisioned form and nature of a state based on racial ideology and extremist approach that accepts neither the other nor any deal on sharing the power," the activist said.
Undeniably sustainable, inclusive peace would be widely welcomed by the Yemenis and international community, but this goal is still evidently very hard to attain, as it is early to say the truce and UN efforts successfully pushed the parties into sitting at dialogue table to negotiate thorny issues relating to Yemen's post-war future.