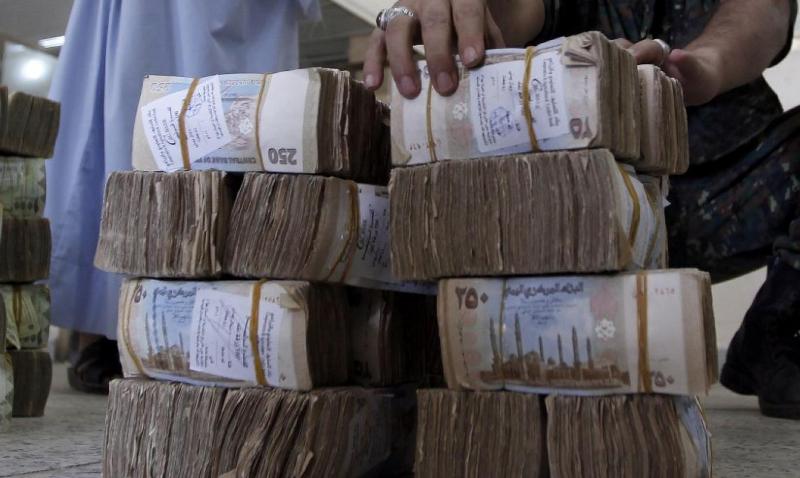 The Houthi group (Ansar Allah) denied on Tuesday evening what it called "allegations" of the Yemen`s internationally recognized government, regarding stopping the payment of salaries of employees in the areas held by the group, and considered it "among its lies and efforts to evade the Swedish agreement."

A source in the Salvation Government formed by the Houthi group told the Houthi-run “Al Masirah” TV that the “legitimate” government’s allegations that it had received a message from banks in Sana`a apologized for its ability to exchange the salaries of some entities that do not represent 5% of the total salaries; comes within its lies and its efforts to evade the agreement of Sweden.

The source added that "the government has never transferred salaries through banks in Sana`a, but rather contracted with Al-Kurimi Bank exclusively, and did not deal with any other bank until it apologized for the payment of salaries."

"There is a dispute between the Yemeni "legitimate" government and Al-Kurimi Bank over the value of the commission to renew the contract between them, which ended at the end of 2019", according the source.

The source accused the government of Yemeni President Abdrabu Mansour Hadi of "employing the dispute between it and the Al-Kurimi Bank in an attempt to evade its obligations first, and to pass its conspiracies to the national currency by passing the illegal currency used by two windows in which to buy hard currencies and smuggle them to their accounts abroad."

The source said that "the lies of the outside government are evident through the fact that the banks in Sana'a, including the Al-Kurimi Bank, have not dealt with the illegal currency until they apologize for the payment of salaries, especially since the banks transfer money from their branches in Aden to Sana`a, and therefore any transfers are made in the currency It has the legal currency. "

The Ministry of Finance in the Yemen`s internationally recognized Yemeni government announced on Monday that it would stop sending salaries to various civil sectors such as health, education and retirees in the Houthi-controlled areas, due to the measures taken by the Houthis to prevent the circulation of the new edition of the national currency.

The ministry said in a statement that it had received letters from the banks and banks it contracted with to pay salaries, including its apology for continuing to pay salaries and pensions to employees and retirees in those areas due to its inability to do so.

It attributed this to the measures taken by the Houthi group to prevent the circulation of new editions of the national currency issued in the past three years.

And the Ministry of Finance held the Houthis fully responsible for hindering tens of thousands of employees and retirees from receiving their salaries and pensions, confirming that it is "committed to paying salaries in the Houthi-controlled areas, whenever the obstacles created by this group are removed, and when banks and banks can spend them."