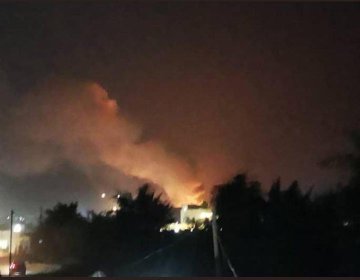 A Yemeni military source said that the Sahn al-Jin camp in the Ma'rib governorate, northeast of Yemen, was attacked by midnight Monday.

The source confirmed to the "Debriefer" International News Agency, that the armory of the Sahn al-Jin camp in Marib was subjected to heavy missile shelling, which caused violent explosions, the sound of which shook the entire city.

According to the source, it appears that the missile attack was launched by the Ansar Allah group (Houthis).

The source did not mention the size of the losses in equipment and lives.

In a related context, local sources in the Yemeni capital, Sanaa, told "Debriefer", that they heard the sound of a violent explosion, likely to fire a missile at 11:22 at night.