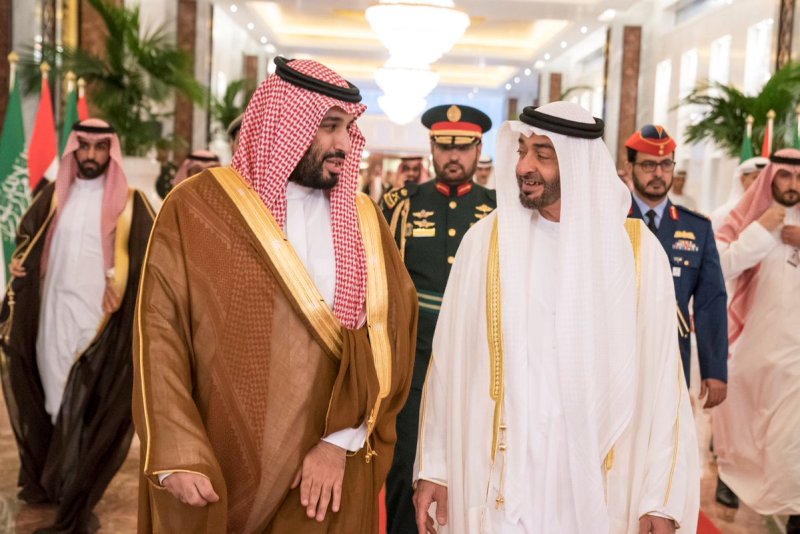 Riyadh (Debriefer) - Abu Dhabi crown prince is expected to arrive on Monday in Riyadh, where he and his ministerial delegation will discuss a package of issues.
In his one-day visit, Mohamed Bin Zayed (MBZ) will meet the Saudi Crown Prince Mohamed Bin Salman (MBS), DPA quoted a Gulf source as saying anonymously.
The two sides will discuss developments in Yemen and ways to apply the Riyadh Agreement and to boost relations between GCC states, the source added, as "the Yemeni legitimate government accuses the UAE of impeding the deal and any efforts aimed to end war."
On 5 November 2019, a UN-backed pact was brokered by Riyadh to solve disputes between the Yemeni government and Emirati-backed Southern Transitional Council (STC).
Under the pact, a power-sharing government was formed late last year, with half of the 24 portfolios assigned to southern governorates including 4 given to the STC.
However, the deal's military part has yet to see light, particularly merging the government and STC military and security forces into the defense and interior ministries.
The Saudi and Emirati leaders will also discuss potential decisions on oil production policy under OPEC+ alliance, and Saudi recent importation decisions' impacts on Emirati economy, according to DPA.