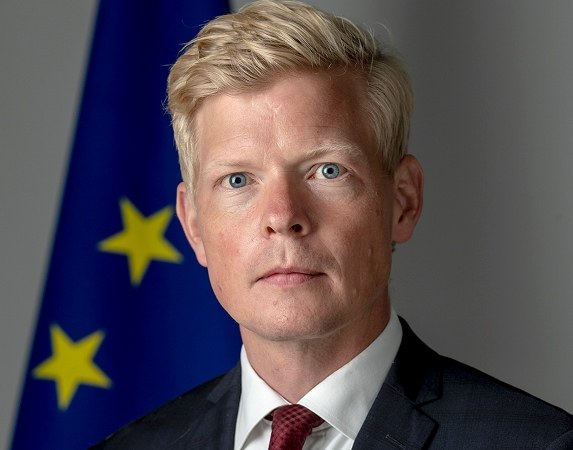 The five permanent members of the United Nations Security Council have approved Grundberg's nomination by the Secretary General António Guterres. He would replace British Martin Griffiths who was appointed as the third UN special envoy to Yemen in 2018.

Griffiths has failed to achieve progress on the political process and end the seven-year war between the internationally recognised government and the Iran-allied Houthi group.

While some observers are optimistic about Grundberg's nomination, based on the good reputation of Sweden and his successful diplomatic career, Yemeni people are disappointed with the UN's failure to end the disastrous war.

Questions are being raised about what the fourth UN envoy would be able to do on a file which has been described as full of complications, and whether he is the man to rekindle the stalled peace process.

Many believe that his efforts would eventually come up with no productive outcomes, just like his predecessors, whether he starts from where Griffiths ended up or with a new way to handle the Yemeni file.

The previous UN envoys have ignored real dynamics of the war in Yemen and have been focused on small gains, maybe mostly financial benefits, to maintain their formal presence, said political researcher Yousuf Al-Nadhari.

All UN envoys have not achieved any real and serious breakthrough on the crisis and have only searched for ways to manage the crisis, he said.

The former envoys, especially Griffiths, have appeared like they were dispatched to alleviate the suffering of the people, ignoring that the humanitarian crisis can't be solved without putting an end to the war, he said.

The UN needs to reconsider its strategy towards all the warring parties and to search for more effective pressure tools that can pave the way for the success of its new envoy, he said.

"It is time to center on the main elements that can help end the conflict and push the parties towards a settlement which can lay the groundwork for real and serious peace in a country facing the world's largest humanitarian crisis".

The Houthi group has preempted the nomination of Grundberg with messages including what appeared to be preconditions to accept him.

It called on the UN not to repeat failed experiences of its envoys, saying the UN envoy should do his job but should not turn into a message carrier or take the side of the Saudi-led coalition under American pressure.

Nonetheless, the appointment of a new UN envoy will continue to provide a coverup of aggression and blockade on Yemen, it added.,