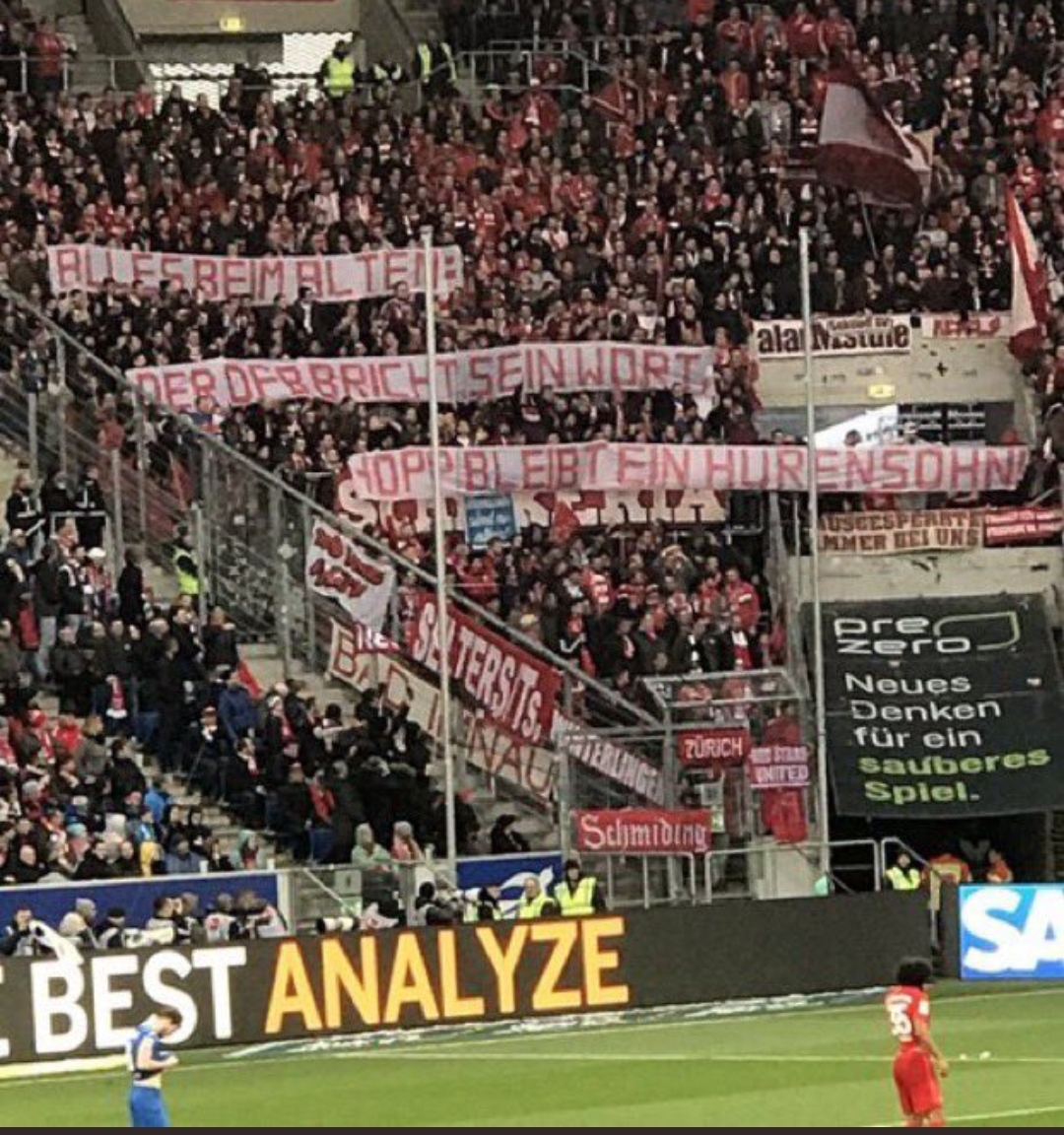 Bayern Munich and Hoffenheim match in the German league competitions recorded a historic event for the first time in the history of football.

The players were suspended competitively despite the Bavarian club's advance of six clean goals after Bayern fans attacked the president of Hoffenheim with a racist banner in the stadium's stands.

The players spent 12 minutes circulating balls among themselves, protesting what had happened by Bayern fans on the field of the match.