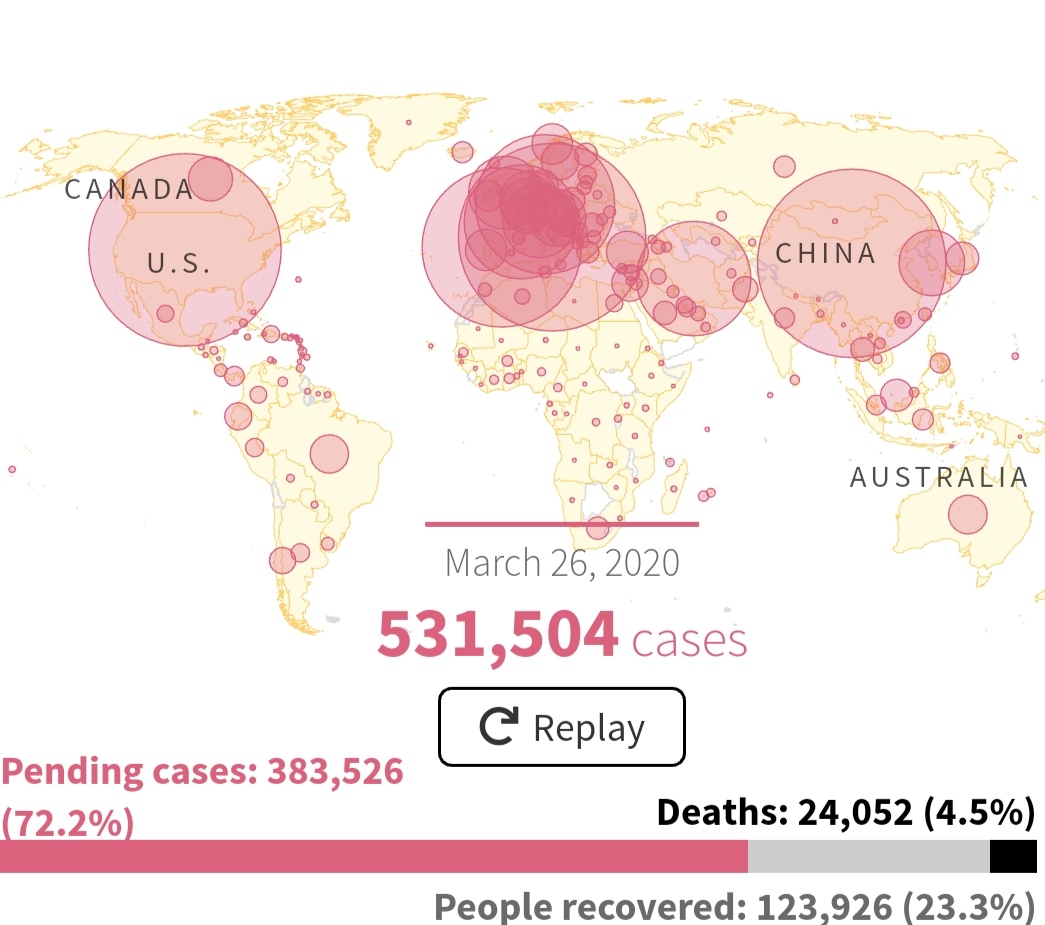 According to last update of Reuters news agency on 27 March, at least 24,052 people have died from a coronavirus called SARS-CoV-2 and 531,504 have been infected globally, following an outbreak that started in Wuhan, China in early December. The World Health Organization referred to it as a pandemic on March 11, 2020.

Though the outbreak started in China, it has now reached 203 countries and territories. 110 of those have reported fatalities. Armenia, Kazakhstan, Honduras, Channel Islands and Kenya reported their first fatalities in the past day.