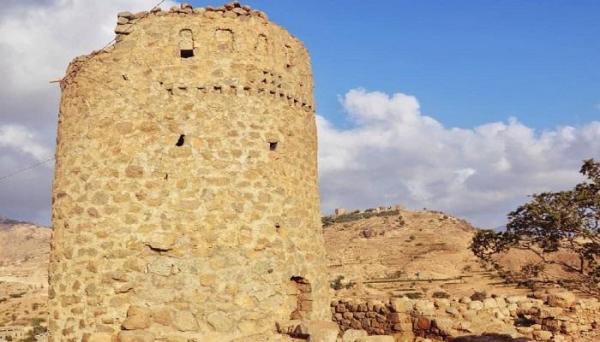 The Yemeni official culture ministry on Sunday accused the Houthi group of blasting a historical castle in the northwestern city of Hajjah.
"The criminal act against the historical al-Qawba'a Castle in Hajjah is an attempt to demolish the history and civilization of a deep-rooted people, and a blatant defiance to all international conventions and treaties on the protection of cultural heritage," the ministry said.
"Destruction of Yemeni cultural heritage means demolition of the human cultural heritage in general, as Yemen makes up a key part of human civilization," it added in a statement carried by the Aden-based Saba.
The ministry called for strict and serious pressure on Houthis to stop these damages affecting the cultural heritage in Yemen.
No comments have been issued by the Houthi group on accusations by the internationally-recognized government.