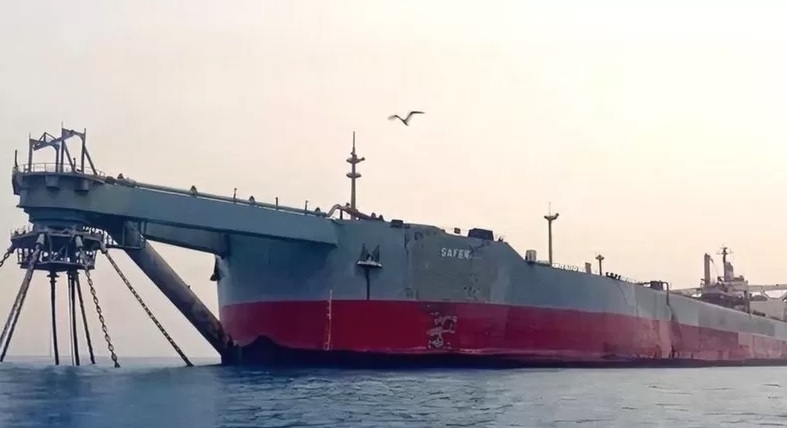 Sana'a (Debriefer) The United Nations is urged to accelerate the application of solutions to tackle the Yemeni floating storage and offloading (FSO) facility of Safer on the Red Sea, Houthi transport minister said Friday.
In case of explosion, Safer would have disastrous ramifications on Yemeni and other Red Sea coasts, Abdul Wahab Addorah added in remarks carried by the Sana'a-based Saba.
The UN "has to provide an alternative for Safer urgently, to avoid any environmental disastrous consequences along the Red Sea, particularly after the funding was pledged at donor conference, with more than US$ 70 million.
On Wednesday, the Yemeni foreign minister accused the Houthi group of keeping the file of the "time bomb" Safer "as a hostage over seven years."
Throughout three years, the UN exerted great efforts to persuade the Houthi group into allowing access to Safer in order to assess and repair the supertanker, FM Ahmed Bin Mubarak said in interview with CNN Arabic.
"Matters are so far proceeding very slowly," he added. Safer "file lacks sufficient coverage by media" and "must become an international issue. It's humanitarian, environmental issue and shouldn't be subject to political polarization."