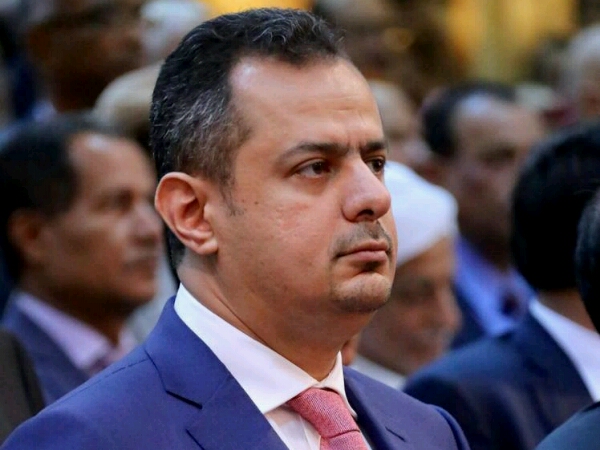 The Yemeni Prime Minister Maeen Abdulmalek is expected to return to the southern port city of Aden along with some ministers, senior official in the UN-recognized government said Thursday, to supervise relief efforts following floods seen by the interim capital on Tuesday.

"An official at the cabinet said the government would return on Thursday to Aden," assistant deputy information minister tweeted.

The cabinet return "comes in implementation of instructions by President Abd Rabbu Mansour Hadi," Fiadh al-Noman added. "The government will perform its duties completely in Aden."

With the positive signs for finalizing the application of the Riyadh Agreement inked with the Southern Transitional Council (STC), the government will assume work from Aden, Al-Arabia TV quoted a Yemeni minister as saying anonymously.

The move is largely supported so as to unite efforts under legitimacy in the interim capital and other liberated governorates, according to the official.

Later on Tuesday, the Yemeni premier declared Aden as an afflicted city following the rain floods and resultant losses.

"Destruction and losses suffered by Aden .. are huge," PM Abdulmalek tweeted. "Aden is an afflicted city.

"We call sister and friend countries and relief groups to lend hands and help the government in responding to this disaster and containing its devastating impacts on civilians.

"Having been paralyzed since the events of August [2019 when STC forces seized Aden], the State's institutions are now too weak to cope with such emergencies," the premier said.

"No solution except by an urgent application of all the provisions of Riyadh pact and by supporting and enabling the State to assume its responsibilities."

Aden and most of southern provinces have seen heavy rainfalls, with great floods gushing into streets and roads, leaving human losses and gross damages to private properties and homes in Aden.

The Yemeni government left the provisional capital last August, just before infighting between its army and the Emirati-backed STC forces, leaving 40 people killed, 260 others injured and Aden seized by STC.