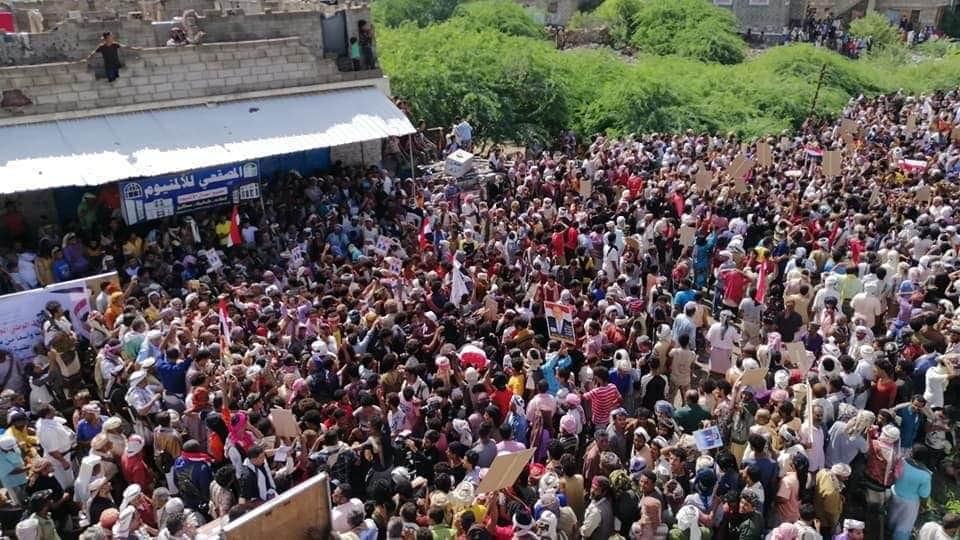 ADEN (Debriefer)--The southern national alliance on Monday called for mass demonstrations in Yemen's southern provinces on Tuesday in support of the internationally recognised government.
The demonstrations should express support to the government's efforts to impose the rule of law in regions liberated from the Houthi Group, it said.
Moreover, it asked the government to include all active groups in the political process, urging the people in the governorate of Socotra to take part in tomorrow's demonstrations to affirm national partnership and reject bids of exclusion, marginalisation and mandate.
In Shabwa, the demonstration will take place in the province's capital city of Ataq to express the people's support to the political leadership and efforts to restore the state, it said.
In late July, the alliance staged a massive demonstration which it said was attended by a million people in Abyan province to reject violence and chaos.
The presidency of the alliance says the sons of the south need pluralism and political participation of all forces that believe in democracy and peaceful transfer of power to honour the sacrifices of the southern people who fought for the sake of freedom and national partnership.
It reiterated the importance of the battle to liberate Yemen from the Houthi Group and the implementation of the Riyadh Agreement between the government and the southern transitional council.